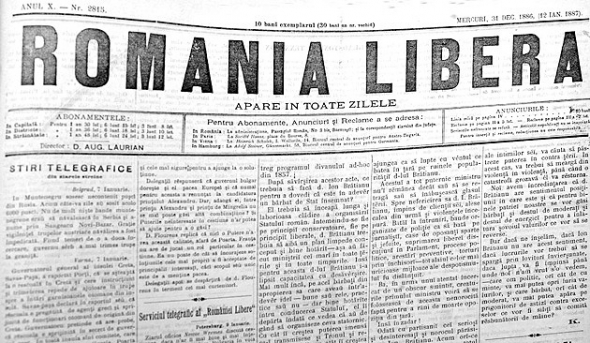 The following open letter to the global accounting firm KPMG was published by the Romanian daily newspaper, România Liberă.

We, the journalists and editors of România Liberă, issue a public appeal regarding the role of your firm, KPMG International, with regard to a series of repressive and illegal actions in which you are complicit that have been taken by the former Romanian government against our newspaper with the goal of silencing our news coverage and infringing on our rights to freedom of expression.

You are the chairman of one of the world’s most powerful audit firms. Your global revenues in 2016 exceeded $24 billion dollars. You are proud of your stated values of integrity, quality and independence. KPMG has clearly stated on record that it seeks to “lead by example” and be “honest and open” in its communications.

Let us adopt the same values for the sake of this letter. If we are open and honest we will tell you that you have become the undertaker of our newspaper. Continuing to “lead by example” you will achieve the commendable feat of burying România Liberă 140 years after it was first sent to press.

Let us remind you, Mr. Viehmayer, of a few facts about România Liberă. We are Romania’s top investigative newspaper. We are the most inconvenient voice in Romania. We are outspoken, impertinent and we fear nothing. We pride ourselves on our investigative reporting and editorial integrity, bringing relentless accountability to both public officials and powerful private interests.

Our commitment to this mission has made us a target for numerous governing elites. Our current editor-in-chief was condemned to prison for exposing graft by corrupt Romanian officials. Our offices have been ransacked by hired henchmen of the Romanian government several times. On a daily basis, we face risks of reprisal for our work.

Although we have managed to continue doing our work for more than 140 years, through communism, dictatorship, and transition to free market democracy, our much admired publication now stands to be muzzled or closed forever due to a series of politically motivated insolvency proceedings in which your multinational audit firm has played a central role.

As you are aware, in February 2014, as part of a highly controversial procedure the Romanian Financial Supervisory Authority ASF appointed your subsidiary KPMG Advisory to assume management of the insurance company ASTRA, one of the main financial supporters of România Liberă. In just two years, ASTRA, formerly Romania’s largest insurance firm, was driven into bankruptcy by your firm under the command of the ASF, apparently with the primary goal of triggering insolvency proceedings against România Liberă related to loans from ASTRA.

KPMG Advisory has completely ignored all fair and reasonable settlement negotiations proposed by our holding company, because it is apparent that your company’s role was not the recovery of debt, but the raid or destruction of a newspaper which exposed the unlawful conduct of many of your clients in Romania.

Let us be unambiguously clear – this is privatized censorship. KPMG Advisory evidently performed well enough in this role for the former Romanian government that they were also awarded the role of liquidator of ASTRA, which is a blatant and shocking conflict of interest.

KPMG Advisory is fulfilling the long-held dreams of those governing elites who have for so long sought to stifle freedom of the press and clamp down on free speech in Romania. In exchange for a few million dollars that you will proudly announce at next year’s annual conference you have degraded your company to become a tool in the hands of undemocratic elites intent on silencing us. Your esteemed firm, dear Mr. Veihmayer, is complicit in one of the worst acts of censorship in post-Soviet Eastern Europe.

We clearly understand that a small newspaper of muckraking journalists is no match for a $24 billion company like KPMG. We know that you have succeeded in bankrupting a lot of companies in the world and we know that you are very good at it. We stand no chance to resist the onslaught of your powerful auditors, consultants, and lawyers. You will prevail and we will disappear.

If your company has the political will to take a stand for freedom of speech and challenge the instructions of an unsavoury client like the former Government of Romania, you could make a tremendous difference in our country. If KPMG cares about democracy and freedom of speech, this is the opportunity to put your money where your mouth is: stop the destruction of România Liberă.