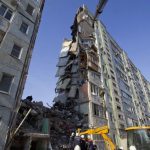 Gay rights groups all over the world will protest today against St Petersburg’s pending law against homosexual ‘propaganda’.  A Solidarity member and opposition protester, who called for the destruction of the Lubyanka, which houses the FSB headquarters, has been put into psychiatric care for refusing to talk to police, and a Moscow court has ruled that the hospitalisation was legal.  Members of the all-female punk band Pussy Riot could face prison time.  An Other Russia activist has sued the Interior Ministry for allegedly detaining his six-year-old son for questioning.  Moscow’s City Court has ruled that the posthumous investigation of Sergei Magnitsky is legal, and can continue.  A video depicting election fraud at next week’s elections has supposedly been leaked as a means of discrediting the opposition.

The cost of Vladimir Putin’s election campaign is estimated at $161 billion – which includes holding off on hiking utility prices, boosting pensions, and giving free flights to football fans – and could push the budget’s break-even oil price to $150 a barrel.  Putin will have the tank-making city of Nizhny Tagil to thank for his election victory, says the Washington Post, due to the ‘public relations coup’ last December when workers at the main plant spoke out against anti-government protesters.  Despite a certain win this week, Putin’s majority is weakening, says Brian Whitmore.  The BBC collects some responses to news of a plot to assassinate the Prime Minister just after his re-election.  Opposition members are accusing the Kremlin of playing up the alleged plot in a PR move ahead of the vote.  Election Q&A from the BBC, and ongoing column inches for Putin: this Guardian profile says that the PM’s move to get Dmitry Medvedev to nominate him for a third presidential term was ‘the biggest mistake of his career’.  Vladimir Ryzhkov recalls his latest meeting with the President.  The latest rumours surrounding Putin’s wife Lyudmila include her being ‘hidden in a monastery’.

Documents newly released by Wikipedia cite Prosecutor General Yury Chaika as ‘a key source of information on Russia’ in his alleged role as informant for U.S. private intelligence company Stratfor.  His office says that the claims are ‘a provocation’.  A large section of a nine-story apartment building in Astrakhan collapsed yesterday after a gas explosion, with the death toll currently at six, with at least 15 injured.  The BBC profiles London’s ex-pat anti-Kremlin Russian Yevgeny Chichvarkin.

PHOTO: Members of Russian Emergency Situations Ministry work at the site of a partially collapsed nine-storey building in the southern city of Astrakhan February 28, 2012.  REUTERS/Vladimir Tyukaev