No Risk Of Fraud With This Credit Card 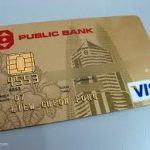 Analysts and protesters alike are currently debating whether the new, less confrontational form of protest seen on Moscow’s streets through the Occupy Abay and Test Stroll actions is the most effective way of making opposition to the Putin regime known.  Meanwhile, Rospil.info founder Alexei Navalny has concocted an inspired anti-corruption action from outside of the box, whilst remaining within the cash nexus.  Navalny plans to launch a credit card.  From the FT:

Navalny who is currently serving a 15-day jail sentence for disobeying police orders at an opposition rally, revealed plans to launch a co-branded debit card with an unnamed Russian bank through his spokeswoman Anna Veduta.

One per cent of the money customers spend using the cards will be transferred to Navalny’s fund for fighting corruption. The money will not come from card-holders but from the partner bank’s commission. Terms and conditions of the card will be similar to those of similar debit cards although Navalny’s version will be designed to show that the holder is “a person who is not afraid and not indifferent.”