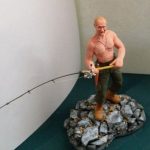 I know we have already mentioned Putin’s Army, the viral video phenomenon in which young women pledge their allegiance to the Prime Minister with displays of bare flesh, but since the story appears to have legs (if you’ll forgive the pun), here’s some background on this headline-grabbing, depressingly retrograde, doubtless man-made homage to Russia’s Alpha Dog.  Are these women playing more than the proverbial Barbie to Putin’s Ken?  From Russia Profile:

There is little likelihood that the piece was directly commissioned or approved by the premier, said Alexander Morozov, the director of the Center for Media Research at the Institute of Cultural History and an influential blogger on politics, but other small groups working independently are the usual suspects. Politically, he said, the piece was indicative of the different strategies that attract different age groups to the premier. “This is an attempt to use sexuality to attract a young audience, in particular young women,” he said.

The piece is just one of dozens of ad campaigns and public stunts that have seized on Putin’s popularity in months and years past. Publicity stunts have included official shirtless photo shoots of Putin riding horses and fishing, renegade appearances on recent advertisements dressed like James Bond or in a local high end shopping center’s seasonal collection, or a number of women singing the chorus to Blueberry Hill in front of the White House in Moscow (police initially tried to interfere, but quickly fell back and allowed them to finish).

Yet more than any other, the piece resonates with last year’s release of a racy catalogue featuring students from Moscow State University’s Faculty of Journalism. Promoted as a gift to the prime minister for his birthday, 12 journalism students in lingerie posed as pin-ups with speech bubbles containing text like “Vladimir Vladimirovich, how about a third time?”

The catalogue earned its creator, Vladimir Tabak, controversy, and a retaliatory anti-Putin catalogue with other, fully-dressed journalism students asking Vladimir Vladimirovich “Who killed Anna Politkovskaya?” With his follow up piece, a reality series called ZhurFak taped on location at the Journalism Department, he has further angered the university and established himself as a strict adherent to the maxim “sex sells.”

Tabak told Russia Profile that he had no part in producing “I Tear for Putin” and said that comparisons between the two projects were superficial. “Why people are connecting our projects is clear. We had girls in the calendar, and [in “I rip for Putin”] the pretty girls in the clip are ripping their shirts. But all the same, we were never a political project, whereas these girls want the president to have a third term.” When it was noted that all the women in the calendar had similar political orientations supporting Putin, he said: “if you’re going to give a birthday present, it makes sense that they would be saying positive things.”

He further argued that the video could have been put together for a fairly small sum of money, making it possible that the project was an individual initiative and not funded by pro-Putin youth groups. “This project is just a personal reminder of how attractive the prime minister is to young women, and I don’t think it was professionally produced. I don’t think that this project was created by the White House.”

Yet the project is growing. On the Internet, the video has now gone viral. “I Tear for Putin” is closing in on a million views on YouTube, while the VKontakte page for the group has several thousand fans (and was closed down today due to a spam attack). The organizers of the group, who remain unknown, have further called for a demonstration on July 22 in central Moscow in order for young women to show just “how cool YOU are and how great YOUR president is.”

To sweeten the deal for potential “rippers,” the organizers of the project are offering the winner of the contest a brand new iPad 2. High-tech devices like iPhones, iPads and laptops are all prominently featured in the advertisement. The logic behind the move is simple, as the devices have recently gained popularity especially among young audiences.

Yet there’s also perhaps a slight “touch of irony,” noted Morozov, as Medvedev, a possible candidate for president, has a famous predilection for Apple products. To wit: yesterday at an open forum with Angela Merkel, Medvedev emerged with his trademark iPad and, when the moderator noticed the device, responded “modernization is modernization.” The comparison here is Putin’s reputation as a strong, physical man as compared to Medvedev’s attraction to these devices, said Morozov.