Oiling the Wheels of Russia’s Budget 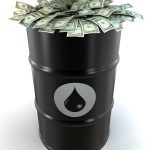 A recent analysis from Reuters quoted several experts who suggest that Russia’s books are not as balanced as Finance Minister Alexei Kudrin would have it.  With euro-contagion plaguing Europe and the US facing a looming debt problem, Russia may appear to be a safer financial haven.  Look closer however, they suggest, and what you will find is a lack of fiscal strategy and an entrenched over dependence on high oil prices ($125 a barrel next year to keep the deficit in check).  Sergei Aleksashenko from Carnegie expands on this problem, as well as a host of other worrying factors.  Here’s his views on the perils of energy as an economic life support system:

Russia’s dependence on the oil price poses another significant medium-term risk. Already, two-thirds of Russia’s exports and almost half of its federal revenues are tied to the oil price. In fact, given current spending and investment trends, Russia’s budget and balance of payments will only stay balanced if the oil price continues to rise. And, even if it rises by 2 percent annually in real terms, the Economic Expert Group and the Gaidar Institute estimate that the deficit could rise to 10 percent of GDP by 2020 (from 0–2 percent currently) if today’s tax burden and economic growth rate hold and the government enacts all programs planned for the next five to seven years.3

Meanwhile, if the oil price were to stabilize—not even fall—the country’s fiscal position could easily deteriorate further and the implications for the current account balance could be even more dramatic. The current account strengthened in the first quarter of 2011 and led the Bank of Russia to allow significant ruble appreciation (15–20 percent) against the currencies of Russia’s biggest importers. But this was due entirely to the rising oil price, which increased from $70 per barrel at the beginning of 2010 to $107–$108 per barrel in the first half of 2011.

History suggests that, if the current account balance shrinks to zero, a severe financial crisis and ruble devaluation are all but inevitable. At the current oil price and rate of import growth—41 percent from January to April 2011—Russia has just five to six quarters before this occurs. Of course, the outlook if the oil price were to fall is even worse.

Read about the other causes for concern here.