On the Importance of Having an Enemy 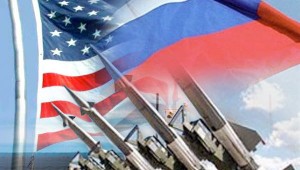 It has become quite difficult to envision any real advance in relations with a country that is so invested in portraying the other as an enemy.  That has certainly been the case for Russia, as the state propaganda has never tired of portraying the nation as a besieged fortress, threatened from all sides by enemies eagerly awaiting invasion.  As pointed out in a recent analysis by friend and colleague John Lough of Chatham House, the political importance of portraying the West as an enemy has even become confused over a recent decision by the United States to withdrawal part of its anti-ballistic missiles program in Poland and Romania which Russia had bitterly opposed.  Instead of feeling pleased, victorious, or satisfied, Russian officials were upset by the news.

Here’s a snip from Lough’s argument:

Despite the aggressive vilification of the US through state media over the past year, it seems that the rhetoric of anti-Americanism is having less impact than a decade ago. The condemnation of the West by Russia’s leaders after NATO’s use of force over Kosovo in 1999 had a powerful and lasting effect on Russian public opinion. But this occurred before the take off of the internet in Russia, when state media held an even more influential position.

Russian sociologists note that society is becoming increasingly divided between those that rely on state media for information, who tend to be poorer and less educated, and those who use the internet widely, who are typically wealthier and better educated. The majority, who rely on TV as a source of news, are in any case starting to trust it less, a recent poll by the Public Opinion Foundation suggests.

Foreign policy may no longer be the easy issue it once was for manufacturing consensus in Russian society but this does not mean that the Kremlin will stop trying to use it. On 27 February in an address to military leaders, President Putin noted ‘methodical attempts being undertaken to tip the strategic balance’ citing as examples US missile defence and, more cryptically, ‘the sounding out of possibilities for further NATO enlargement to the East’.

While for years, the Kremlin has tried to present the US as the main source of threat to Russian interests and the EU as a lower-ranking player and source of concern, it will be interesting to see whether Moscow will find a new bogeyman in the form of the EU.

With the EU Commission’s anti-trust probe against Gazprom gaining momentum and the Eurozone countries’ targeting of Russian deposits in Cypriot banks to support a bail-out package for Cyprus, a convenient new figure for vilification may have appeared at the right time.

However, it is likely to be a much harder one to sell to Russian society.