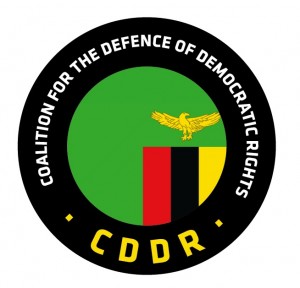 The Coalition for the Defence of Democratic Rights (CDDR) of Zambia has called upon President Michael Sata to put a stop to the harassment, violence, and persecution of opposition political figures.  In recent months, the Zambian authorities have blocked meetings, orchestrated electoral violence, and arrested and jailed critics of the ruling party.

Today the CDDR presented an open letter to President Sata and other governmental officials announcing the beginning of a comprehensive investigation into these abuses by international legal experts, which will be published at a future date and submitted to international bodies.

Below is the full text of the CDDR letter.