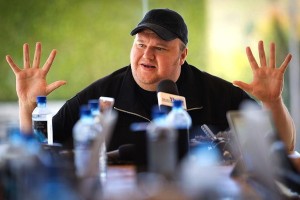 On Friday May 31, a New Zealand court issued an order to grant access to seized data and property belonging to technology entrepreneur Kim Dotcom, the founder of cloud storage service Megaupload. The move to return property to Mr. Dotcom, which was seized on the basis of illegal warrants, represents the first step toward the reversal of one of the largest expropriations of property belonging to millions of Megaupload users triggered by the controversial persecution by the U.S. Department of Justice, says Dotcom’s lawyer Robert Amsterdam.

“We owe a debt of gratitude to the hard work of the New Zealand legal team in achieving this important milestone,” said Amsterdam. “It’s important to recall that when the authorities raided Mr. Dotcom’s home with armed commandos and destroyed Megaupload, the damage went far beyond just one man and his terrified family. The issue of illegally seized data once again brings to light the millions of Megaupload customers whose property was stolen by a viciously unaccountable government beholden to their campaign donors in the Hollywood lobby. Now that they have granted Mr. Dotcom access to the data, it’s time to return the property to users as they are entitled to under law.”

“Bearing in mind that this entire operation has been overseen by the deeply compromised Attorney General Eric Holder, who has sought to crack down on journalists, punish whistleblowers, and target their perceived political opponents, the level of impunity is unprecedented,” said Amsterdam. “We aim to challenge that impunity, and we won’t stop fighting until the truth about the corrupt motives behind this case are exposed and the rights of users are protected under law from abuse by any government, beginning with the United States.”

Since the destruction of Megaupload in 2012, Mr. Dotcom has been fighting to reverse the unlawful conduct of the governments of the United States and New Zealand. In early May 2013, the defense team released a comprehensive White Paper detailing the facts and absence of merit of the DOJ’s case, arguing that the U.S. pursued this case resulting from pressure of the Motion Picture Association of America (MPAA).