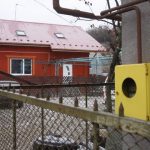 Earlier this week, Reuters reported on income inequality in Russia, which many commentators see as driving a factor in disenchantment with the Putin regime.  The fact that living standards for ordinary people have seemingly reached a plateau whilst wealth continues to inundate the upper echelons of society, and line the hidden pockets of officials, naturally grinds away at faith in any regime.  This week, it would seem that the government has attempted to acknowledge popular grievances, through a number of small gestures.  President Medvedev has ordered that the FAS monitor vehicle fuel prices, to ensure there are no unexpected jumps in costs for consumers; he has also urged that the banking sector show greater support for fledgling businesses.

Meanwhile Putin has addressed blue collar issues in his own belligerent style, namely voicing threats that if he returns to the presidency, those in charge of regions where utility and housing bills have soared will receive their marching orders.  His staunch dressing down of Kirov governor (and one time opposition member) Nikita Belykhm, whom he accused of absenteeism and allowing hot water tariff hikes is another example of the same, traditional, trend.  What some might say however is that it is simply too late for old guard, ‘bread-and-circuses’-style measures to quell the tide of discontent in a landscape where political discourse is rapidly evolving (and its MO, thanks to the Internet).  Which brings to mind Nikolai Petrov’s op-ed in the Moscow Times yesterday, in which he suggests that the sclerosis of Putin’s leadership style could lead to the entire disintegration of his power base:

[…] he is used to playing only one role — a combination of “alpha dog” and tsar. He is fundamentally unable to adapt to a constitutional monarchy, much less a democracy. He made this clear during his televised call-in show on Dec. 15. As hard as he tried to appear democratic, tolerant and compromising, he couldn’t help reverting back to his autocratic style and condescending tone toward the people who oppose his course.

After more than a decade in power without political competition, Putin has lost the ability to adapt to rapidly changing conditions. As a result, he has become less ineffective and less popular, and this is bound to get worse the longer he stays in power. This creates a huge dilemma for Putin’s inner circle who have no need for a leader who is ineffective, unpopular and out of touch with reality. If things get bad enough, they may feel impelled to replace Putin with another candidate from among their ranks — one who would guarantee their privileged status and rule the country more effectively.

Click on this link to read the whole of Petrov’s piece.