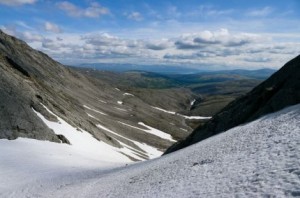 Following claims that he threatened Novaya Gazeta reporter Sergei Sokolov, the chairman of the Russian Investigative Committee, Aleksandr Bastrykin, firstly denied the accusations and argued that the timing of them indicated the reporters wished to stir popular discontent.  He then subsequently issued an apology for ‘the emotional breakdown’ that he ‘allowed’ himself during the meeting with Sokolov in which he allegedly threatened him.  Brian Whitmore ponders this abrupt volte-face here.  Lawyers for opposition leader Ksenia Sobchak have demanded that federal investigators return the €1.5 million in cash that was confiscated in ‘absolutely illegal’ fashion during their raid of her property.   Three Kemerovo residents, among them a pensioner, are awaiting a court summons after being detained for walking down a central city street bearing white ribbons in what local police deemed to be an illegal protest.  The European Court of Human Rights in Strasbourg has, according to Ria-Novosti, formally begun rejecting improperly drawn up cases from different countries, among them Russia.  A rights lawyer Mark Feygin quoted by The Moscow Times that the changes signified ‘a step back for the European guarantee of Russian constitutional norms.’

Syria’s ambassador to Moscow has flatly denied that Russia is supplying Syria’s government with attack helicopters.  The head of the Russian parliament’s foreign affairs committee has accused the West of using Russia’s opposition to tougher action against Syrian President Bashar al-Assad as a way of not having to offer its own solution to the crisis there.  The Washington Post reports that Russia is pushing for a nationalist, anti-EU government in Serbia.

Environmentalists are highly concerned for the future of prospective national park, Khibiny, on the edge of which the government apparently plans to start mining.  A Levada center poll has apparently found that Russians consider Georgia to be the most hostile country towards Russia.  President Putin says Russia needs a new strategic bomber and will develop it regardless of the expense.

PHOTO: A view from the North Rischorr pass in the Khibiny mountains. (Wikimedia Commons)