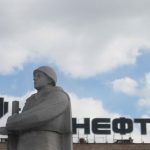 RFE/RL reports that yesterday, when Yevgenia Chirikova was honored with an environmental prize, an activist in her movement, 23-year-old Aleksei Dmitriyev was severely beaten in a violent attack near his home.  Pop veteran Alla Pugachyova has seconded criticisms of the incarceration of members of feminist punk bank Pussy Riot as too harsh, apparently echoing popular sentiment noted in a poll by VTsIOM which indicated that just 10% of Russians view their imprisonment as an appropriate punishment.  Ex-Astrakhan mayoral candidate Oleg Shein, who will reportedly arrive in Moscow today, has filed a suit with the Kirovsky district court to overturn the mayoral election results.   ‘Opening a transparent and impartial investigation into claims of election fraud in Astrakhan would clearly open a Pandora’s box. If this process were to start, investigators would quickly find egregious violations and fraud in almost every region and city of the country’.  In an article contemplating the future of the presidential human rights council under Putin, campaigner Svetlana Gannushkina proclaims that she will cease her work with the council upon his return.  The Investigative Committee has rejected Interior Ministry claims that its probe into the murder of Anna Politkovskaya in 2006 is nearly solved.

Amnesty International and Human Rights Watch are among rights groups planning to protest UK-led plans to reform the European Court of Human Rights which could have a ‘devastating’ effect on people seeking justice in Russia.  The ECHR has told the press it cannot rule on whether or not Russia properly investigated the Katyn massacre because Moscow has failed to provide crucial documentation, prompting the court to chastise the Kremlin’s ‘callous disregard’ for the victims and their relatives.  The Moscow Times speculates as to whether President Medvedev may be obliged to man the helm of United Russia as Putin attempts to distance himself from the weakened organization.

Georgia and Russia lock horns over the 1992 Open Skies Treaty and alleged construction near the Moscow grave of a Georgian prince.  Members of a Syrian opposition delegation have praised their talks with Russian diplomats in Moscow as ‘impressive and positive.’

One person has been killed and 11 injured when the construction site of a multi-story building in southern Moscow collapsed.  Chomsky or Zizek?  Mugabe or Chavez?  RFE/RL mulls the contenders for first guest on Julian Assange’s RT talk show.  A court in west Siberia has banned a video compilation of drunkards entitled ‘The Whole Truth About Russians’ as extremist material that ‘denigrates the honor of the Russian people’.  How Russia’s draconian drug laws pose a cruel dilemma for its vets.