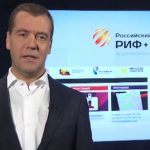 Following a spate of accusations of police brutality and the death of a suspect in Kazan, Russia’s Investigative Committee has announced that it has created a special unit with divisions across the country, to investigate crimes allegedly committed by police.  CEC chief Vladimir Churov said has called Oleg Shein’s hunger strike ‘absolutely senseless‘.  ‘Whatever happens, Shein has demonstrated that the hinterland could, if handled wrong, provide the opposition with a much stronger and more desperate base of support than Moscow ever did’.  Brian Whitmore suggests that the mayoral election campaign of blogger Ilya Varlamov in the city of Omsk, ‘could serve as a model for future insurgent candidates’.  The criticisms noted in the OSCE’s report on the presidential elections have been described as ‘logical’ by the deputy head of the Russian delegation to the PACE.  How the Kremlin is backtracking on plans, made during the height of the winter protests, to make elections more direct.  Opposition party PARNAS has announced it will be registered thanks to the cooperation of the Republican Party of Russia.  Finland has reportedly granted asylum to a Khimki forest defender suspected of involvement in the 2010 attack on the town’s administrative office.  Prime Minister Putin and President Medvedev leading from the front.

With a ringing endorsement from fellow activist Garry Kasparov, anti-corruption crusader Alexei Navalny has become the only Russian to feature on this year’s Time Magazine listing of the 100 Most Influential People in the World.  Technophile President Medvedev has promised that Russia will not oversee any kind of censorship on the Internet.  Moscow ophthalmologist Khristo Takhchidi will be reinstated after corruption claims against him were overturned.  An extortion racket currently under investigation by police has apparently uncovered links between the suspects and high-ranking government officials.

As talks with NATO loom, Foreign Minister Sergei Lavrov has heavily criticized the alliance’s Libya bombing campaign.  Russia has apparently ceased deliveries of light arms to Syria.  A director of the US Missile Defense Agency has suggested that missile defense cooperation with Russia, including the use of Russian radars, could have advantages for Washington.

Irish comedian Dylan Moran tackles homosexual propaganda and Khodorkovsky in a stand up set in St Petersburg, with mixed results.  RFE/RL reports on the work of street artist Nikita Nomerz.  Could a volunteer-led organization make a difference to Russia’s heroin epidemic?