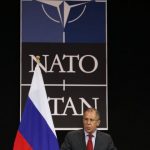 Twenty people have been arrested outside a Moscow court for protesting against the detention of anti-Putin group Pussy Riot, which has now been extended until at least June 24.  The head of Moscow’s Helsinki Group, Lyudmila Alekseyeva, has added her support to the freeing of the punk trio.  A Russian blogger and aspiring candidate for Saratov Regional Duma representative has been fined for extremism after posting a picture online of Adolf Hitler with the caption “MVD RF,” the acronym for the Russian Foreign Ministry.  Former teacher Tatyana Ivanova, who faces libel charges after exposing pressure to vote by her superiors, has found herself a wave of support on Twitter. ‘One intriguing side-effect of the events in Astrakhan has been the emergence of Just Russia as something resembling a real opposition‘.  Brian Whitmore analyses the new tactics for the political opposition now that street protests have dwindled. The number of labor protests in Russia has reached its highest rate in five years on the back of a sharp increase this year.  Since the registration of political parties became easier, more than 140 political parties in Russia have presented themselves for registration.  As Moscow considers introducing the anti-gay propaganda law in place in St Petersburg, a new poll has revealed that 94% of Russians admit they have never encountered ‘gay propaganda’, but support a ban on it nonetheless.

US Senator Benjamin Cardin, the driving force behind the proposal for Magnitsky sanctions, says he expects a ‘macho’ response from the Kremlin should the sanction be approved by Congress.  As NATO-Russia talks commence, NATO Secretary-General Anders Fogh Rasmussen has reiterated that the alliance’s plan to build a missile-defense shield in Europe will not ‘threaten’ Russia.  Sergei Lavrov is in a less pacific mood, contesting NATO’s plan to withdraw its forces from Afghanistan by 2014.  Moscow has also described a meeting of foreign ministers from the Friends of Syria group in Paris as ‘destructive’ to U.N.-Arab League envoy Kofi Annan’s peace efforts.

A new Gallup poll has found that Russia ranked last on global approval of its leadership among five of the world’s most powerful countries.  Yandex has accused Google of undermining a free Internet.

In a sign of the decline of Russia’s favorite youth group, domestic car manufacturers have apparently refused to provide cars for a Nashi’s Victory Day rally.  Participants can however, always get a lift on the Stalin bus.