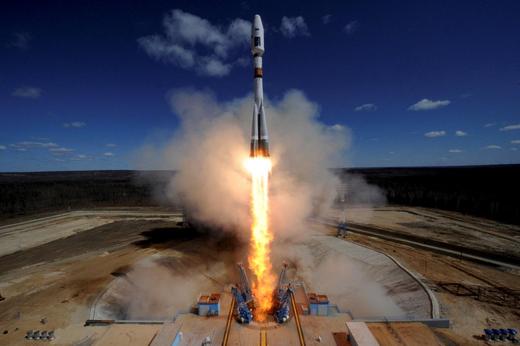 Moscow’s International Security Conference this year carries an unofficial theme of blaming the West for terrorism, according to the BBC. Lithuania’s new military training area and plan to spend 1.8% of its economy on defence in 2017, is seen as a symbol of how seriously it views the threat from Russia, says Reuters.  Russia’s second attempt at launching a rocket from its new cosmodrome yesterday, with Vladimir Putin looking on, was successful.  Supporters of opposition leader and anti-corruption campaigner Alexei Navalny say they are no longer interested in a pre-election coalition between Navalny’s Party of Progress and Mikhail Kasyanov’s PARNAS party.  Guests at a Moscow event for high-school history students, organised by human rights group Memorial, were attacked by nationalist activists, who sprayed them with disinfectant and ammonia. The Moscow Times analyses the Kremlin’s decision to appoint former police general Tatyana Moskalkova as the new human rights ombudsman.

Western scholars claim that Russia is decline, but in comparing its performance on a global scale, the FT finds the claim ‘highly contestable at the very least’.  Contestable or not, the Russian economy is set to decline by 1.5% this year.  Gazprom reported a fivefold increase in net profit for 2015, just after the Kremlin announced a new law ordering state-run giants to pay 50% of last year’s profits in dividends in a bid to help it shore up its budget.  The president of the European Bank for Reconstruction and Development says that, despite sanctions which are preventing new financing, it will remain operating in Russia, managing its existing portfolio.  The French National Assembly is calling for the country to reject sanctions against Russia.

More information has surfaced regarding the pulling of a new Russian-made documentary about Sergei Magnitsky and the massive tax fraud case he was in the process of uncovering at the time of his death in pre-trial detention; European news channels are pulling the film for now, apparently in response to complaints from Magnitsky’s relatives and former colleagues about a number of errors. Russia Today, the Kremlin’s international television channel, has caused confusion by making a 15-part documentary series about a group of young transgender and gay Russians.

PHOTO: A Russian Soyuz 2.1A rocket carrying Lomonosov, Aist-2D and SamSat-218 satellites lifts off from the launch pad at the new Vostochny Cosmodrome, April 28, 2016 (Reuters)