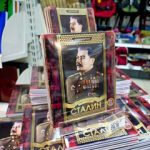 In a sentence deemed ‘unacceptable, biased and not objective’ by Russia’s envoy for human rights and democracy, arms trader Viktor Bout has been sentenced to 25 years in prison on four charges of conspiracy by a New York court.  Bout’s lawyer has said he does not plan to seek extradition to Russia for his client, though the Chairman of the State Duma Committee for Civil, Criminal, Arbitration and Procedural Legislation believes that the man dubbed the ‘Merchant of Death’ should be repatriated.   Details are emerging regarding the attack upon Novaya Gazeta reporter Elena Milashina and Freedom house employee Ella Asoyan; it remains unclear as to whether the assault was related to their professional activities.  Amnesty International has lambasted Russia’s arrest of three members of Pussy Riot as an unjustified ‘response to the peaceful (if, to many, offensive) expression of their political beliefs’.  Prominent theologian Andrei Kurayev has called on the government to deny a visa to singer Madonna, who has voiced her support for Russia’s LGBT community.  Patriarch Kirill’s press service has apologized after being caught out attempting to airbrush the head of the Orthodox’ church’s pricey wristwatch from a photograph.  Some critics ‘say Kirill would do well to follow his own admonitions against rampant consumerism’.

Ex-finance minister Alexei Kudrin has marked his reentry into national politics with the creation of a ‘Civil Initiatives Fund’, apparently designed as a counterpart to outgoing President Medvedev’s Open Government project. RFE/RL reports that the body will be used to exert pressure on the Kremlin and promote alternatives to government strategies.  ‘Commentators have described Kudrin’s initiative as a ‘shadow government’ that could position him for a return to government should Medvedev – who has yet to form a cabinet team – stumble as prime minister’.

President Medvedev has voiced his opposition to Vladimir Putin’s suggestion that a presidential ‘filter’ be used in gubernatorial elections.  Deputy Foreign Minister Alexander Grushko will apparently be appointed Russia’s new ambassador to NATO.   Valery Radayev looks set to become the next governor of the Saratov region, says this report.  Rumors that Defense Minister Anatoly Serdyukov may quit when the country forms a new government have been denied by his ministry.

Almost 200 prisoners in the town of Lgov in Russia’s Kursk region have slashed their wrists in protest at the news that the former head of the prison, who had been fired over allegations of institutionalizing brutality, was reinstated.  Another investigation into police brutality has begun in Siberia.  The head of Tatarstan’s police force, Asgat Safarov, has resigned after a recent death in custody unleashed a storm of outrage.