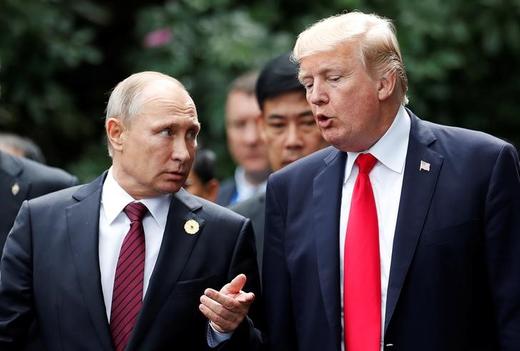 Kremlin spokesman Dmitry Peskov spoke out against the US’ treatment of state-funded news outlet RT, describing it as an attempt to silence Russia. He also said that Russia is under more foreign pressure than usual due to the approach of the presidential elections, and admitted that no one in the Kremlin is pretending that anyone other than Putin is going to win. Why has Defence Minister Sergei Shoigu been showing up in “unexpected places” this year (Syria, Israel, Doha)? Because the military is winning growing influence under President Vladimir Putin, says Reuters. Russia’s naval presence in Syria may be extended until 2092. A Levada Centre poll found that 61% of respondents would vote for Putin – 7% more than responded similarly last month. The New York Times charts Putin’s emergence over the last two years as a key player in the Middle East “with limited resources and a lot of audacity“.

Sistema has canceled a planned share sale due to the legal action taken against it by Rosneft. Forbes reports on the slow erasure of Sistema owner Vladimir Yevtushenkov’s assets. Rosneft believe that EU sanctions are specifically designed to undermine its position on the global markets. A US bank is predicting that any US extension of its current sanctions against Russia could cause big falls for the ruble next year by causing foreign investors to pull out of bond markets. Sumitomo Mitsui just gave Gazprom a $1.5 billion credit line. Search engine Yandex has finalised a new joint venture with Sberbank that will develop the former’s online retailer.

Russia made it onto an index of countries holding journalists in prison (currently 4 are jailed there). Civil servant salaries are to be increased for the first time in four years. Telegram founder Pavel Durov spoke to the Moscow Times on why he will never sell the company.