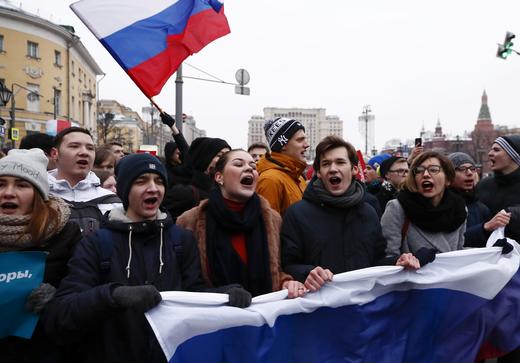 President Vladimir Putin said that, if the United States follows through on its threat to quit the Intermediate-range Nuclear Forces Treaty, Russia will easily be able to make and deploy land-based missiles. He also posed the possibility of other countries joining the treaty “or starting to discuss parameters for a new accord”. The Kremlin said that the US’ new reports alleging widespread online meddling in their 2016 presidential elections (such as these posts from the Internet Research Agency) lack detail and do not offer any concrete evidence of Russian involvement. The Duma has approved a new draft law that would jail anyone who calls on teenagers to attend unauthorised protests. Opposition leader Alexei Navalny, who has sought to win the support of a younger demographic, took credit for the new law, saying it was made “especially for me”.

Bribes traded in Russia over the first nine months of 2018 totaled $27 million, according to prosecutors. A colonel in the Investigative Committee was detained over a $150,000 bribe in Samara. Leonid Bershidsky writes on the issue of Russian rap, and reports on last week’s hearing at the Duma that was attended by Russian rappers, who challenged the state’s position on censorship of concerts and lyrics. “Do you think you can help preserve morality” by banning concerts, Ptakha asked incredulously, “when every dog knows where to score dope?”

The Kremlin has promised to look into the legal persecution of Jehovah’s Witnesses. The Independent remembers Lyudmila Alexeyeva.