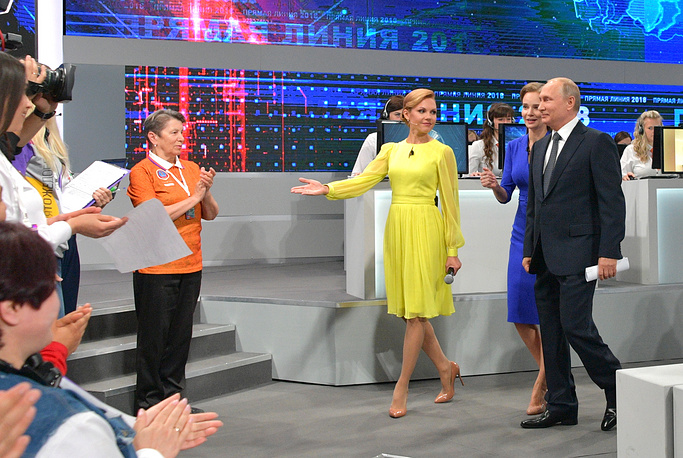 The US Treasury has announced that it will lift sanctions on aluminium giant Rusal, its parent company En+, and another company tied to Oleg Deripaska, after each committed to diminishing his ownership and control. Individual sanctions imposed on Deripaska in April will remain. Newly added to the list are media outlets linked to Putin’s ally Yevgeny Prigozhin (aka “Putin’s chef”). Smart Voting, the website launched by opposition leader Alexei Navalny to dislodge the hold of United Russia, has been officially blocked following a lawsuit by Roskomnadzor. Russia will not let the US see the missile at the heart of its dispute regarding the Intermediate-range Nuclear Forces Treaty (INF). The hacking of EU diplomatic communications networks revealed a report that nuclear warheads may have been deployed in Crimea, and has sparked an investigation. The Kremlin says that using a smartphone puts personal privacy and security at risk.

President Vladimir Putin is holding his annual news conference this morning, RFE/RL is live blogging the questions, which traditionally continue for several hours. He began by presenting economic performance figures and hailing a slowly increasing economy. (The Saint-Petersburg Exchange saw its clients and volumes soar this year.) Although the conference has accredited a record 1,702 number of journalists, one was barred from entry at the last minute, likely due to his close work with the investigative website Bellingcat. A UK coroner ruled that millionaire Alexander Perepilichnyy died of natural causes, although said he could not entirely rule out the possibility that he was the victim of foul play.

Putin has approved a law that will ban public boards showing currency exchange rates. Meduza breaks down the decriminalisation of Criminal Code Article 282, which had been used to prosecute Internet users for reposting controversial material. On the riches of State Duma deputy Alexey Chepa.