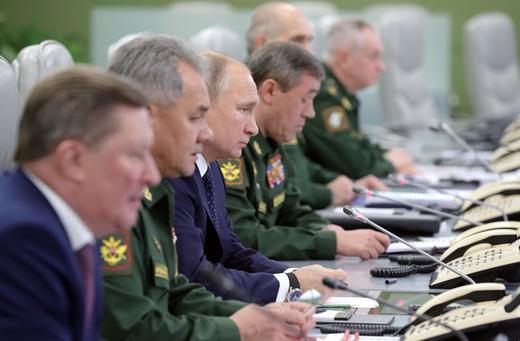 President Vladimir Putin yesterday oversaw the test of the Avangard, a new hypersonic missile, “crowing” about its invincibility and protection for Russia’s future security. He welcomed the new type of strategic weapon as “an excellent New Year’s gift to the nation” and vowed to deploy it in the new year. The State Duma speaker apparently raised some vague hints that Russia’s constitution could be changed, leading analysts to conclude that the authorities are laying the groundwork for addressing the issues of the transfer of Putin’s power at the end of his term in 2024. “The general sense is that there’s no one to replace Putin as the guarantor of the system.” UK-based financier Bill Browder says he is “flattered” after a Duma deputy proposed keeping a list of Russia’s most outspoken foreign critics and naming it after him.

Blog editor Aleksandr Valov has been found guilty of extortion and sentenced to six years in prison. Opposition leader Alexei Navalny said the ruling was cruel and biased, and Balov’s lawyer says the charges are politically motivated. Balov himself denies the charges. Navalny’s Anti-Corruption Foundation (FBK) released a new investigative report, alleging that Senator Andrey Klishas, who has been pushing for stronger Internet regulation, omitted large real estate holdings from his tax return. The head of the Interior Ministry’s Anti-Extremism Department has resigned, possibly due to revelations from his ex-wife’s regarding his undeclared real estate.