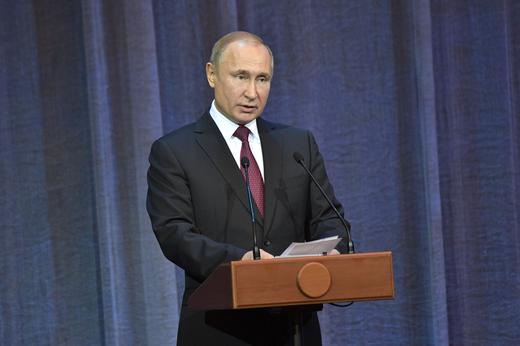 Russia has been repatriating women and children linked with Islamic State members. “Russia’s human rights record is deeply problematic, but it has done a lot — more than Western democracies — on the issue of returns,” said Human Rights Watch. Activist Anastasia Shevchenko, the first Russian to be arrested for working for an “undesirable organisation” (Open Russia), was finally allowed to visit her dying daughter’s hospital bed the night before she died, having been refused access to her previously. Shevchenko has been under house arrest for two months in a sentence that has been broadly criticised as heartless. Shevchenko’s colleague, Roman Zaitsev, was charged under the same law after supporting calls for her release by reposting news articles by Open Russia. A 12-year-high number of Russian residents (45%) believe that their country is headed in the wrong direction. Locals in Moscow are protesting against the proposed creation of a huge landfill outside of the city.

The Federation Council accused the European Parliament of meddling in sovereign state affairs after it recognised Juan Guaido as the President of Venezuela. Following a week of rumours and accusations, the Central Bank officially denied that Russia sent passenger jets to Venezuela to collect and transport gold out of the country. Bloomberg reports on the fortunes of Venezuela’s Evrofinance, which is part owned by Gazprombank and VTB. The European Court of Human Rights (ECHR) ruled that Russia must compensate Georgia 10 million euros over the 1,500 Georgian nationals it deported in 2006 and 2007. Following the autocephaly of the Ukrainian church, President Vladimir Putin accused Kiev officials of meddling in the Orthodox faith. Bulgaria will build a pipeline from its border with Turkey to Serbia as part of the TurkStream pipeline to transport Russian natural gas. Roskomnadzor says the BBC World News channel committed violations as part of its Russian operations.

PHOTO: Russian President Vladimir Putin delivers a speech during an event dedicated to the 10th anniversary of the enthronement of Patriarch Kirill at the State Kremlin Palace in Moscow on January 31, 2019.