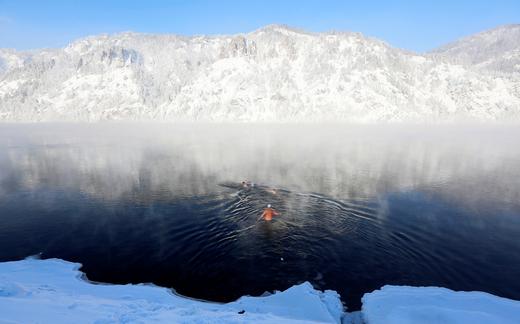 Vladislav Surkov, a senior Kremlin aide, wrote a piece extolling the virtues of Russia’s political system as a model with “significant export potential”, whilst admitting that the entire system relies on President Vladimir Putin’s authority. Surkov described Putinism as “the ideology of the future”, and argued that Russia is changing Western consciousness. Leonid Bershidsky parses Surkov’s conception of Russia’s “deep people” (as opposed to the Western model of a “deep state”, which Russia rejects). Putin’s promises to overhaul the economy before the end of his current term will see the Kremlin spending $391 billion on 13 national projects, allocating the most cash to non-energy infrastructure. Tatiana Navka, the wife of Kremlin spokesman Dmitry Peskov, remains under scrutiny for her financial affairs, this time suspected of illegally claiming a beneficial US tax status.

A Federal Security Service (FSB) officer was attacked by unknown assailants whilst on duty in central Moscow. Bulgaria is investigating possible links between the Novichok poisoning of Sergei Skripal in Salisbury last year, and the 2015 poisoning of an arms dealer in Sofia, prompting a baffled response from the Kremlin. OPEC will not create a body to include allies such as Russia due to the risks posed by US sanctions.

PHOTO: Members of the Dolphin winter swimming club swim in the icy waters of the Yenisei River during their weekly bathing session in the Siberian town of Divnogorsk, Russia, February 8, 2019. (Reuters)