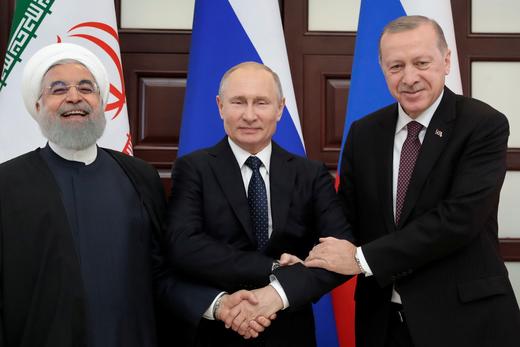 Russian officials reacted variously to the news that the US will attempt to push through a new, tougher sanctions bill, which has already hit the shares of Russia’s biggest companies by 2-3%. The Bank of Russia said the newly-proposed sanctions would have less effect than those already in action, partly due to Russia having learned from experience. The Finance Ministry agreed, saying that there is a buffer now in place to protect Russian banks. Sberbank head German Gref said the risks for Russia are already rising on news of the bill, and that banks should be prepared for difficulties. VTB says it has a secret plan in place. The head of the Russian Direct Investment Fund  said the sanctions would end up harming only the US. Bellingcat has added a high-ranking GRU spy to the suspects list in the Sergei Skripal poisoning.

Volunteers sifted through hours of footage to uncover election fraud in Moscow’s regional cities such as Balashikha and Roshal in the gubernatorial elections last September. The same elections saw the rise to power of Yakutsk Mayor Sardana Avksentieva, the only oppositional mayor in any Russian region: Meduza charts her journey. Communist party members have introduced a bill that would fine officials who insult voters, in response to an earlier bill that would fine citizens for insulting the state.

Google currently filters around 75% of banned information on Russia’s internet. A gas explosion in an apartment block in Krasnoyarsk is the latest in a deadly string of similar incidents.