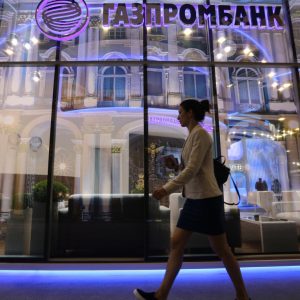 For the first time since his death four years ago, authorities in St. Petersburg have denied permission to hold a rally in the city center to remember slain opposition leader Boris Nemtsov, proposing a site five kilometres away, to the anger of activists. Police in Kolomna in the Moscow region have reportedly intensified their harassment of anti-landfill protestors with a series of raids: activist Ildar Dadin activist has already spent three years in jail, and now his comrade in protest Vyacheslav Yegorov is being threatened with a similar sentence for his opposition to the creation of a new trash incineration site. US citizen Michael Calvey, the head of one of the largest independent private equity firms in Russia, will be held in custody until April 13 on accusations of embezzling $37.7 million from Vostochny Bank. The arrest has been a shock to the business community and raised the spectre of the persecution of Bill Browder and his Hermitage Capital firm, notes the Moscow Times. Browder has quickly jumped to Calvey’s defence, concluding that his arrest demonstrates that “Russia is an entirely corrupt and uninvestable country”.

At the conclusion of three-day bilateral talks, Belarussian President Alexander Lukashenko announced that Belarus would be ready to merge with Russia. Foreign Minister Sergei Lavrov has responded to British Defense Minister Gavin Williamson’s attack on Russian militarism by labelling the latter the “minister of war”. Whilst the Kremlin has proved a staunch supporter of Venezuelan President Nicolas Maduro, asserting that it aims to prevent a US-backed color revolution in the South American state, the news that Kremlin-linked Gazprombank has decided to freeze the accounts of state oil company PDVSA might indicate Moscow is having second thoughts.

The Independent examines Putin’s grand plans for urban modernisation, but as health care budgets are slashed, will citizens also be persuaded of the necessity of allocating funds to such a venture? New figures have found that in 2018 personal loans grew by 46% compared to 2017, and those who are taking on such loans are apparently the country’s poorest.

PHOTO: Russian lender Gazprombank has decided to freeze the accounts of Venezuelan state oil company PDVSA and halted transactions with the firm to reduce the risk of the bank falling under U.S. sanctions. (Yevgeny Razumny / TASS)