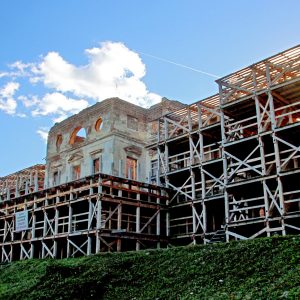 President Putin will give his state of the union address today amid reports that his popularity is slipping and that, for the first time in 13 years, a majority of Russians, specifically in the rural areas, think their country is moving in the wrong direction. This op-ed examines the Kremlin’s plethora of strategies for harnessing the youth vote. The State Duma has voted to ban its soldiers from using smartphones and social networks in the wake of investigations into their use during conflicts; they will also be prevented from publishing any data online about their military units. For the second time in six months, Microsoft has identified a Russian government-affiliated operation, the APT28 hacking group, in the act of targeting well-known Kremlin-critical think tanks.

Oil giant Rosneft could be set to take over and renovate the dilapidated Ropsha Palace, once used by Tsars, as part of a government programme to save near-ruined listed buildings by leasing them to investors. President Putin hopes for an investment boom to fuel GDP growth above 3% by 2021, but it this overoptimistic? Bloomberg considers. The Russian President and Saudi King Salman bin Abdulaziz Al Saud have apparently had positive conversations on the telephone with regards to global energy markets, but one analyst believes that Saudi Arabia’s oil deal with Russia is now “more fragile than ever”.

PHOTO: The Ropsha Palace, now fallen into disrepair, was built by decree of Peter the Great. (Lori/Legion-Media)