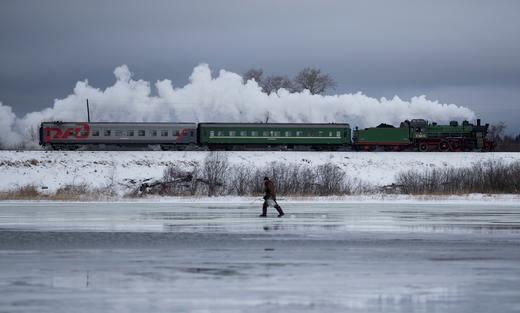 Yelizaveta Peskova, the 21-year-old daughter of Kremlin spokesman Dmitry Peskov, is working as an intern at the European Parliament in Brussels for a French MEP who publicly supported the annexation of Crimea, and who is an ally of UKIP leader Nigel Farage. Her internship grants her “unhindered access” to EP buildings and meetings, notes RFE/RL. The New York Times looks at the influence of Vladimir Putin’s early KGB days on modern Russia. Igor Malashenko, a media executive, journalist, and key figure in Russian political life since the 1990s, has been found dead in Spain, aged 64. His death is being speculated as a suicide, but no official reports have confirmed this. Malashenko was the co-founder of independent television channel NTV, and most recently headed the presidential campaign of Ksenia Sobchak. One journalist commented that Malashenko’s fate “is the fate of Russian history and the fate of contemporary media”.

Belarusian escort Anastasia Vashukevich (aka Nastya Rybka) says the Federal Security Service told her not to return home to Belarus after her jail time in Thailand. Her detainment in Moscow was illegal, she said, given that she had been officially deported from Thailand to Belarus. Russian state television announced a list of hypothetical US military targets for a Russian military strike. “For now, we’re not threatening anyone, but if such a deployment takes place, our response will be instant,” commented anchor Dmitry Kiselyov. The broadcast was apparently a heavily imaginative interpretation of a comment about the speed of Russian nuclear missiles made during Putin’s annual television address last week (which, by the way, garnered its lowest number of viewers since 2013).

Is Putin’s economic stockpiling a way to sequester Russia against punitive Western measures? The firm of jailed US investor Michael Calvey apparently appealed directly to Vladimir Putin to take personal control of the fraud case against him. Another year, another Ukraine-Russia Eurovision spat.

PHOTO: A steam train passes by along a dam outside Ostashkov in Tver region, Russia. REUTERS/Maxim Shemetov February 21, 2019