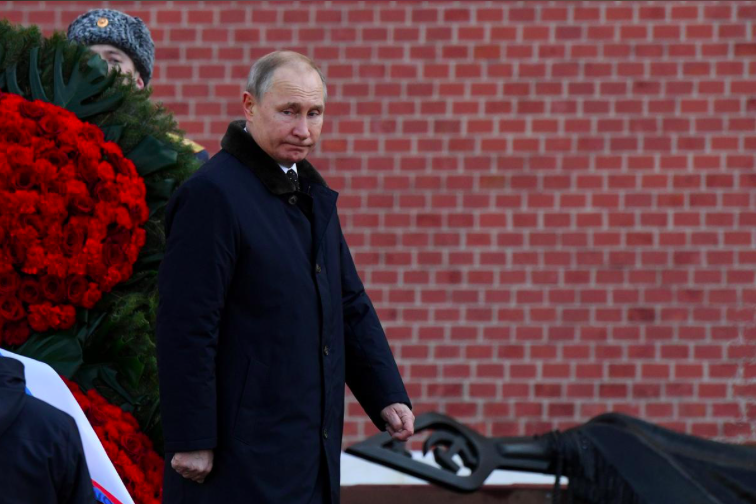 Reuters is reporting that a Russian tanker delivered fuel to a North Korean vessel at least four times between 2017 and 2018, violating international sanctions. Dutch officials just confiscated around 90,000 bottles of Russian vodka also reportedly headed for North Korea. Russia has delivered high-speed Internet to the Kuril Islands, territory still under dispute with Japan. A former FSB officer and a cyber security expert have been given 22 and 14-year jail sentences respectively following charges of state treason and working for the benefit of the United States, in the culmination of an investigation that began in late 2016. The New York Times notes that the sentences leave many questions unanswered. A new investigative report on Evgeny Prigozhin reveals that he has won $3.2 billion in state procurement contracts since 2011.

Kremlin spokesman Dmitry Peskov spoke out in defence of his daughter’s internship at the European Parliament in Brussels. Despite various MEP’s denouncing her placement as a breach of security, Peskov called her “an ordinary student”. The US reiterated its call to identify and prosecute those response for the murder of Boris Nemtsov near the Kremlin four years ago tomorrow. Five Chechen men were sentenced for the killing, but it is widely believed that it was ordered at a higher level. Nemtsov’s daughter Zhanna writes that she knew from the start that her father’s murder would never be solved.

VTB clarified its strategy on income from its stake in En+ Group, saying that it will use the funds to repay debt (although it did not specify which debt).

PHOTO: Russian President Vladimir Putin takes part in a wreath-laying ceremony marking the Defender of the Fatherland Day at the Tomb of the Unknown Soldier by the Kremlin wall in central Moscow, Russia February 23, 2019. Kirill Kudryavtsev/Pool via REUTERS