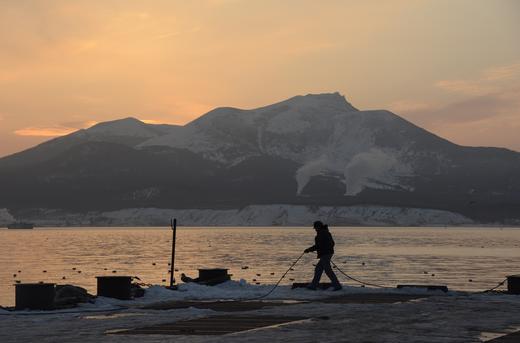 A new United States resolution at the United Nations calling for free and fair elections in Venezuela will almost certainly be vetoed by Russia, as the two continue to clash over operations there. The US is continuing to pressure the Kremlin over Crimea, saying that its sanctions will continue until the peninsula is returned to Ukraine. Opposition leader Alexei Navalny insists that Western sanctions are not having any real effect, and that if the US was truly interested in controlling Russia, it would have to target its oligarchs more pointedly. (Which will never happen in the UK, he said, because Britain “loves dirty money”.) The Kremlin says “a huge number” of cyber attacks are constantly being launched against Russia from US territory. Moscow is using a sprawling network of facial-recognition cameras to track down debtors.

Oil and gas pipe maker TMK is looking to bid on the construction of a new gas pipeline in Bulgaria, which would link up with the TurkStream pipeline. Human Rights Watch reported on state interference into popular music concerts, specifically in rap and hip-hop. Authorities say the censorship is necessary to protect children, with concerts continuing to be canceled into this month, but critics say their actions are a violation of free expression. Yevgeny Prigozhin’s companies are refusing to respond to new allegations that they benefited from billions of dollars in state contracts.

Ukraine has dropped out of this year’s Eurovision Song Contest after the winning candidate refused to accept conditions that included a ban on performing in Russia. The Guardian remembers Pete Souza’s iconic shot of Putin and Obama.

PHOTO: A general view shows the Island of Kunashir, one of four islands known as the Southern Kuriles in Russia and the Northern Territories in Japan, December 20, 2016. REUTERS/Yuri Maltsev