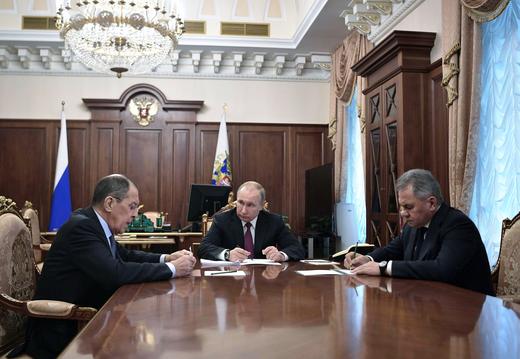 Rosneft says it sees no risks to its Venezuelan operations, considers the current political crisis (in which it is continuing to support outgoing President Nicolás Maduro) to be temporary, and is receiving its debt payments on time. Venezuelan state oil company PDVSA’s debt to Rosneft now stands at $2.3 billion, and Rosneft holds a further $2.1 billion worth of stakes in oil projects in the country. The Foreign Ministry is accused of covering up the deaths of Russian military contractors who fought in Syria last February, and waiting to issue their death certificates until after President Vladimir Putin’s re-election. The fighters were allegedly recruited by the Wagner group, although Russia denies ever having used military contractors in Syria. Internet freedom continues its decline in Russia. 663,000 cases of internet censorship were reported last year, a six-fold increase on the 2017 number, and across a wider range of regions. Freedom House ranks Russia’s contribution to the decline in world freedom 88th out of 118 countries, between Congo and Vietnam. Putin’s popularity has been buoyed by military campaigns over the last decade, and has been dropping since the 2014 annexation of Crimea. What will the Kremlin come up with next?

Lithuania fears Russia will attempt to influence its forthcoming elections. This week’s surprisingly optimistic economic data may have more to do with poor statistics than manipulated data, says Bloomberg. A Moscow court has demanded that Alexei Navalny take down a report from last year that linked the National Guard to insider trading deals with a Crimean meat processing company. In response to the US’ exiting of the Intermediate-range Nuclear Forces (INF) Treaty, Russia will attempt to develop two new land-based missile systems by 2021.

The New York Times writes on the life and death of Denis Voronenkov, the lawmaker and security agent who left Russia for Ukraine, where he was murdered. The trial of director Kirill Serebrennikov has been suspended, after the judge called into question a key aspect of the case against him. Donald Trump attempted to build a mall near the State Duma in the late 1990s, as revealed by former Mayor Yury Luzhkov.