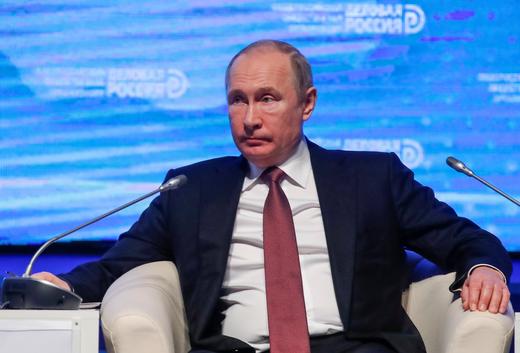 Dennis Christensen, a Jehovah’s Witness elder in Oryol, has been sentenced to six years in prison on charges of extremist activity. The religious group was banned in Russia in 2016, but President Vladimir Putin had vowed to address the issue in December 2018. The sentence has drawn global criticism and a call from Denmark to for Russia to respect religious freedom. Christensen (a Danish citizen) commented, “I do not agree with this judgment, it’s a big mistake.” Russia is losing its grip on its existing ties to Venezuela, as opposition leader Juan Guaido gains ground, and the opposition continues to criticise the powerful role of Rosneft in its oil ventures. “Russia doesn’t have the capacity to send forces there as it did to support Syrian leader Bashar al-Assad, limiting itself to publicity stunts like a December visit by two nuclear-capable bombers,” notes Bloomberg. A school economics textbook was removed from the Education Ministry’s approved list for using examples that “do not promote love for the Motherland”.

According to Alexei Navalny’s Anti-Corruption Foundation, Sergey Chemezov, the head of state-owned tech conglomerate Rostech, owns a $76 million Moscow apartment, the most expensive apartment thus far known to be owned by a state official. An investigative report from Mikhail Khodorkovsky’s Dossier project claims that Tatiana Navka, the wife of Kremlin spokesman Dmitry Peskov, has a Swiss bank account, which is prohibited under Russian law by her marriage to a federal official. The Kremlin may extend its amnesty on repatriation tax for the assets of citizens who wish to return home, for another year. As the media spotlight continues shine on Yevgeny Prigozhin, the Moscow Times looks back on his rise to power, and the possible futures for him in Putin’s Russia. “Where else but a regime like this could Prigozhin have thrived?” Google will comply with Russian censors by deleting from its results any websites banned by Roskomnadzor.

Russia’s unconventional $472 billion in reserves is allowing for “an odd back-to-the-future moment of state-directed economic activity”. Two former United Russia lawmakers are in court on multiple felony charges for pedophilia.