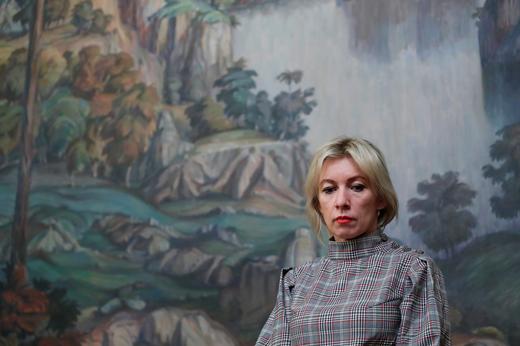 TODAY IN RUSSIA: Putin orders creation of national waste disposal system as over half of Russians polled say they are in favour of the entire government’s dismissal. Lavrov says Japan may not dispute its ownership of the Kuril Islands. Medvedev defends withdrawal of Belarus oil subsidies. Rights group Memorial under inspection. Crimean lawyer in human rights spotlight. MIT disassociating from Vekselberg. Russia outraged at OPCW’s move to ban Novichok. Scrutiny of Trump’s past Putin meetings.

President Vladimir Putin has ordered the creation of a national municipal waste disposal system, following intense protests over a leaky landfill in the Moscow region that had been causing gas poisoning. More than half of Russians want Prime Minister Dmitry Medvedev’s government to resign, citing discontent over increasingly poor living standards, rising prices, unemployment, and falling wages. The poll by Levada shows the first time a majority has been in favor of dismissal. Visiting Japan, Foreign Minister Sergei Lavrov said that Moscow’s sovereignty over the disputed Kuril Islands was not up for discussion. “It is the Russian Federation’s territory,” he said. The US Navy is planning to send a warship through the Arctic in a challenge to Russian and Chinese presence. Medvedev responded to Belarusian President Alexander Lukashenko’s threat to re-reroute Belarusian oil products exclusively through Baltic states following Russia’s withdraw of subsidies. “I want to remind you once more that, first of all, we have never promised anyone to compensate for other countries’ lost profit, even to the ones who are very close to us.”

The Justice Ministry has begun its inspection of the Memorial International human rights group in relation to alleged undeclared “foreign agent” activity. Human Rights Watch is drawing attention to the increasing pressure on prominent Crimean lawyer Emil Kurbedinov, who has been working on high profile cases in the region, which, says HRW, few are brave enough to do. RFE/RL reports on the Massachusetts Institute of Technology’s (MIT) suspension of billionaire Viktor Vekselberg from its board. The Atlantic hones in on the ongoing case against director Kirill Serebrennikov, who is currently on trial for embezzlement. “Those in power are punishing him for all his honest plays and films, for all his art. They are punishing Serebrennikov for his entire life.”

The Organisation for the Prohibition of Chemical Weapons will add Novichok to its list of banned toxins, in light of last year’s attack with the nerve agent on former spy Sergei Skripal and his daughter. Russia refuses to associate itself with the decision, arguing that the move is biased against Russia, and that the compounds it covers “may not exist at all”. As US President Trump continues to deny details about the FBI inquiry into his ties to Moscow, his relationship with Putin is under scrutiny, with senators attempting to gain information from interpreters during their private meetings, from which Trump reportedly confiscated interpreter notes.