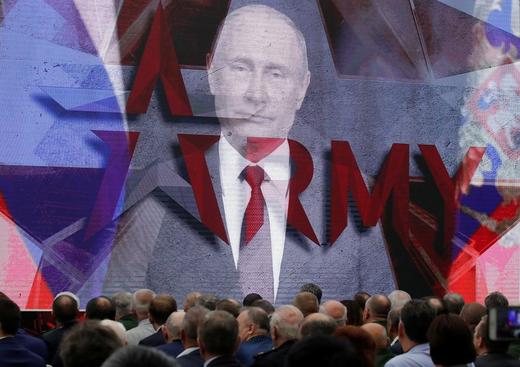 According to the Kremlin, President Vladimir Putin’s main priority is the alleviation of poverty. The European Parliament wants Russia to investigate the newest claims of detention, torture, and killing of LGBTQ people in Chechnya. The US Senate is pressing ahead with its resolution opposing President Trump’s plan to ease sanctions on companies liked to billionaire Oleg Deripaska. Scrutiny of Trump’s relations with Putin continues, with focus on the number of their past meetings and the little known about their content. Anastasia Vashukevich, Deripaska’s former mistress, who claimed to have recordings of Deripaska talking about Russian interference in the US election, will be released from prison in Thailand and deported. The President of Serbia has revealed that he always asks Putin for help and advice (one item of which was that sending food aid to Syria would only create more problems). Putin has dismissed and replaced Moscow’s existing ambassador to the Central African Republic (where three Russian journalists were murdered last year during work on a film funded by Mikhail Khodorkovsky).

The fifth and final body has been recovered from the rubble of an apartment building in Rostov, which exploded after a gas leak. The event’s parallels with the apartment collapse on New Year’s Eve in Magnitogorsk is highlighting the broader issue of crumbling Soviet-era infrastructure. Meduza looks at Russia’s latest official terror statistics and how they correlate with reality. The PrimaMedia co-founder who was accused of sexual assault by a journalist will sue his accuser for defamation.

Kirill Serebrennikov’s film Summer (Leto) won him a Moscow Film award for best director, which he could not accept due to his ongoing house arrest and trial for embezzlement. In order to avoid censorship, film director Aleksey Krasovskiy posted the final cut of his comedy about the siege of Leningrad on YouTube.