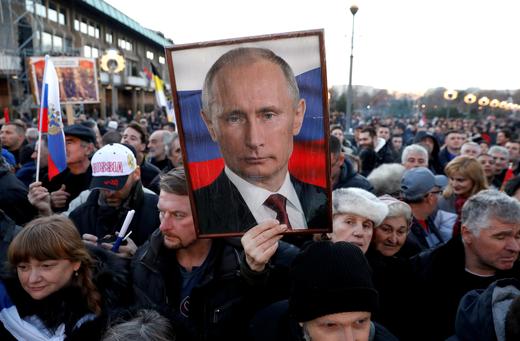 New information about US sanctions on Oleg Deripaska revealed that the latest measures, which will lift the initially-agreed sanctions, will allow Deripaska “to wipe out potentially hundreds of millions of dollars in debt by transferring some of his shares to VTB, a Russian government-owned bank under limited United States sanctions that had lent him large sums of money.” Furthermore, significant stakes will be transferred to Kremlin allies, and the u-turn on the deal has sharply boosted shares of both Rusal and EN+. Opposition leader Alexei Navalny says he has audio tapes purportedly featuring Deripaska plotting the Thailand arrest of Belarusian escort Anastasia Vashukevich, who had threatened to release private information about him. President Vladimir Putin’s public trust ratings are at a 13-year low at 33% which “could embolden would-be successors”, suggests the New York Times. Putin’s long rule was one of the topics humorously addressed in Russian versions of the “ten-year-challenge”.

Amnesty International says that the authorities are ramping up strategies for prosecuting and imprisoning human rights activists, using the cases of several Open Russia activists as an example. Moscow’s current approach with regard to Africa (supporting leaders, assisting with natural resources projects, and winning swathes of new partners) leans heavily on the 1970s example of Françafrique, says the FT. Will Russia and Ukraine ever come to an agreement on gas transport to Europe? The EU is anticipating that it will happen before the end of the year, although the row between Naftogaz and Gazprom continues. Roskomnadzor is opening cases against Twitter and Facebook for failure to comply with data laws.

The US wants Russia to destroy its new cruise missile system because, it says, it violates the INF Treaty. Moscow dismissed the demands as unacceptable. The head of Russia’s space agency supports the idea of a separate crew of all-female cosmonauts, to make up for Russia lagging well behind NASA in female astronauts.