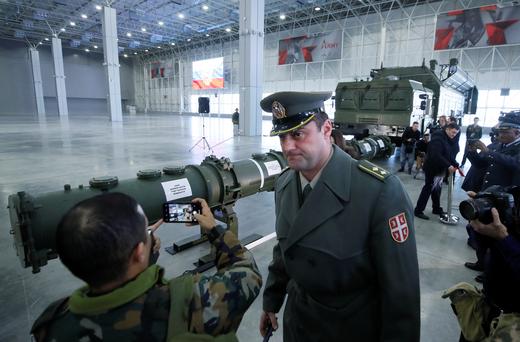 Children in a Siberian region are fainting from hunger at school because they can’t afford lunch, according to the regional ombudsman. New research from Oxfam examines a global trend of increasing inequality, in which Russia is leading the world. Bloomberg discusses the ways in which Russia is governed both as a poor country (in which more than 13% of the population live in poverty), and as a rich country (with massive state wealth). A former camera operator for Kremlin-backed television channel Rossia-24 told RFE/RL about his years behind the scenes making state television broadcasts. “It was a favorite joke of directors and moderators that “now it’s your turn to lie.” That’s exactly what they said to the correspondents right before they went on the air.” Kremlin first deputy chief of staff Alexey Gromov, who is responsible for propaganda on state television and is the longest-serving current bureaucrat, owns properties that greatly exceed his income, including land previously owned by the government.

An investigation is underway in the Primorsky Krai region following claims that students are receiving homophobic lectures from alleged criminal leaders. The Foreign Ministry has confirmed the presence of private Russian security companies in Sudan, which are training the Sudanese army, but says that they are not connected to the Kremlin. VTB says that it will not write off any debts held by Oleg Deripaska as part of the latest deal to lift US sanctions against the oligarch, contradicting a New York Times article from earlier this week. Deripaska-linked escort Anastasia Vashukevich missed her own press conference yesterday following her release from custody, but thanked “the president of my favourite country”, sparking speculation that Belarusian President Alyaksandr Lukashenka used his influence to help her.

Germany’s Foreign Minister wants Russia to correct its violations of the INF treaty. In a bid to placate US accusations of its breaching the same treaty, Russia showed off its new cruise missile as an act of transparency. Gazprom Neft is considering opening its own LNG production plant in the Arctic. Citi bank’s Russia arm will reduce its number of branches in the country this year.