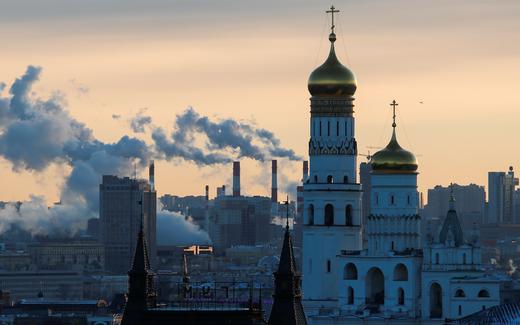 Russia is warning that the US’s efforts to recognise opposition leader Juan Guaido as president will stir tensions and could lead to bloodshed. It also warned the US not to stage a military intervention, arguing that it would lead to a catastrophe. How much money has Russia spent in Venezuela supporting Nicolas Maduro’s regime? $17 billion from 2016 and 2017, with $6 billion more pledged for this year. Russia also has multiple ties with Venezuela in banking, energy, wheat, and the military. Ousted Ukrainian president Viktor Yanukovich has been sentenced in absentia to 13 years in prison for treason, including assisting the Kremlin in “conducting seditious operations against Ukraine”. Personal loans rose 46% to $130 billion in Russia last year as people deal with a decline in real personal income.

The State Duma passed its first of three hearings towards controversial legislation that will impose punishments on those who disrespect the Kremlin or disseminate fake news. Proposed punishments include 15-day jail terms and fines of $75. Opposition politician Ilya Yashin commented, “These are crazy bills. How can they prohibit people from criticizing the authorities?” Senator Andrey Klishas, who helped draft the legislation, will not be attending the Duma to present it in person. Meduza reviews the uncertain nature of the bill’s terms, and how it is being justified officially.

Anti-corruption activist Alexei Navalny will launch a labour union for public sector workers, aimed at advocating for the pay increases promised by Vladimir Putin in 2012. Oleg Kashin’s theory on Belarusian escort Anastasia Vashukevich (“Nastya Rybka”) is that she was employed as a sex worker by the FSB, who used her to attack Oleg Deripaska.

PHOTO: Steam rises from the chimneys of a thermal power plant behind the Ivan the Great Bell Tower in Moscow, Russia January 9, 2018. (REUTERS/MAXIM SHEMETOV)