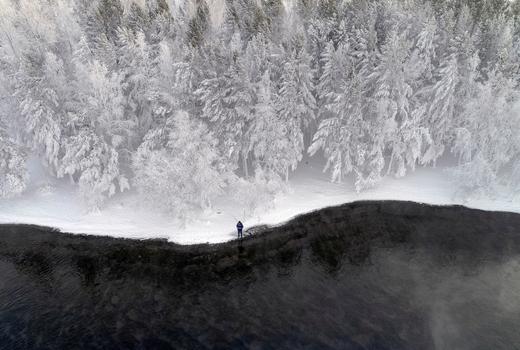 Sources claim that as many as 400 private military contractors for Russia, associated with the Wagner group, are in Venezuela to defend the rule of President Nicolas Maduro. When questioned about it on state television, Kremlin spokesman Dmitry Peskov gave evasive answers. Peskov said that the greatest danger posed to Venezuela is US interference. Russia’s UN representative condemned the US for attempting to push Venezuela into a civil war with misinformation. The Trump administration has lifted the sanctions on Rusal, En+ Group, and other companies linked to Oleg Deripaska, despite strong opposition from lawmakers. In accordance, Deripaska reduced his 70% in En+ Group down to 44%.

It seems that around 5,500 World Cup fans who traveled to Russia visa-free for the tournament never left. Foreign investment in commercial Russian real estate is at a six-year high. Suspicions that the apartment block collapse in Magnitogorsk on New Year’s Eve was due to a terrorist attack, have led to the persecution of migrant workers in the city. Is Russia trying to replace the European Union as a mediator in the Balkans?

The Guardian tells the story of the movie set for Dau, a period “Stalinist Truman Show” that lasted for three years.

PHOTO: A man fishes on a bank of the Yenisei River outside the Siberian city of Krasnoyarsk, Russia, December 10. REUTERS/Ilya Naymushin