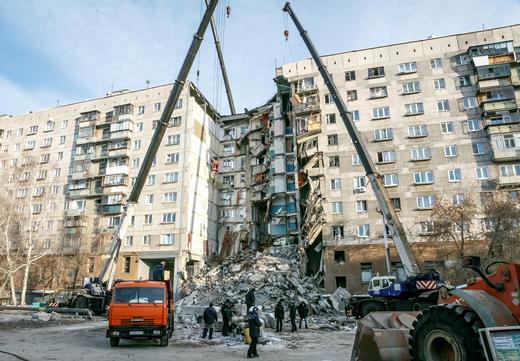 TODAY IN RUSSIA: Diversification remains a key issue for the economy. Pension reform activist beaten and threatened. Corruption money to be diverted to pension fund. US demanding release of suspected spy. Rescue operations halted in Magnitogorsk and speculation swirls as death toll rises to 37. WADA athletes demanding a verdict of non-compliance for Russia.

Following a survey revealing that only 46% of Russian agribusiness managers trust the government, Forbes questions the disappearance of the long-promised plan to diversify the economy away from oil and gas. Valery Kazantsev, the activist who helped organise protests against the Kremlin’s plan to raise the retirement age last year, was severely beaten and threatened in his apartment block by unknown assailants. Of the new laws introduced for the New Year, assets seized in corruption cases will be added to Russia’s pension fund. “These funds [used to] disappear inside the federal budget,” said the Pension Fund director. The Moscow Times calculates that the new funds will likely add just 15 minutes of pension payments. The United States is demanding the immediate return of the retired US Marine being detained in Russia on spying charges. Paul Whelan was apparently a frequent visitor to Russia. A Russian edition of a Stalin calendar for 2019 has sold out.

The Emergencies Ministry says that it is impossible to continue rescue operations at the site of the Magnitogorsk apartment block collapse, due to the danger of more sections of the building collapsing. The death toll has now risen to 37, as speculation about the cause of the blast continues, with some suspecting terrorism despite the official statement that it was caused by a natural gas explosion. Meduza found that discussion about the blast on the social media site Vkontakte related to suspicions regarding its true cause, and the accuracy of the number of casualties released. Russian gas flows to European markets will be a deciding factor for this year’s prices, which look set to fall for the first time in four years. Despite a new ceasefire agreement in eastern Ukraine, soldiers are still dying in clashes between Ukrainian soldiers and Russia-backed separatists.

WADA’s Athlete Committee says that Russia must be declared non-compliant after missing its crucial deadline to submit laboratory doping data. “Anything less will be considered a failure by WADA to act on behalf of clean athletes.” As long as the Central Bank remains skeptical of cryptocurrency, it seems unlikely to take off this year in Russia.