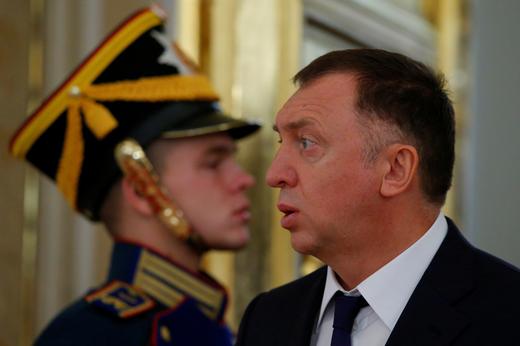 Belarusian escort Anastasia Vashukevich (Nastya Rybka) gave an interview to the BBC to discuss her recent imprisonment in Thailand. She now says she believes that her Thai jail time was organised by America, not Russia, and declined to answer a question on whether or not billionaire Oleg Deripaska was involved in US election interference in 2016. The law firm that will mediate between Deripaska and his main company En+ on US sanctions has apparently been working closely with him for a number of years. The US Treasury promised to monitor their relations to ensure that he does not exert undue influence on the arrangements. The sanctions on Deripaska’s connections with Rusal have given his rival, Vladimir Potanin, more freedom with regard to his battle for control of Norilsk Nickel.

A new report sheds some light on the inception of the private military company, Wager, allegedly run by “Putin’s chef” Evgenvy Prigozhin. Russia apparently made a secret proposal to build a nuclear power plant for North Korea, in exchange for the dismantling of its weapons program.

US prosecutors are claiming that evidence gathered by Robert Mueller into Russian interference in the US 2016 election was leaked online by Russian hackers attempting to discredit the inquiry. The Kremlin says the whereabouts of Donald Trump’s translator during his meetings with Vladimir Putin is none of its business.