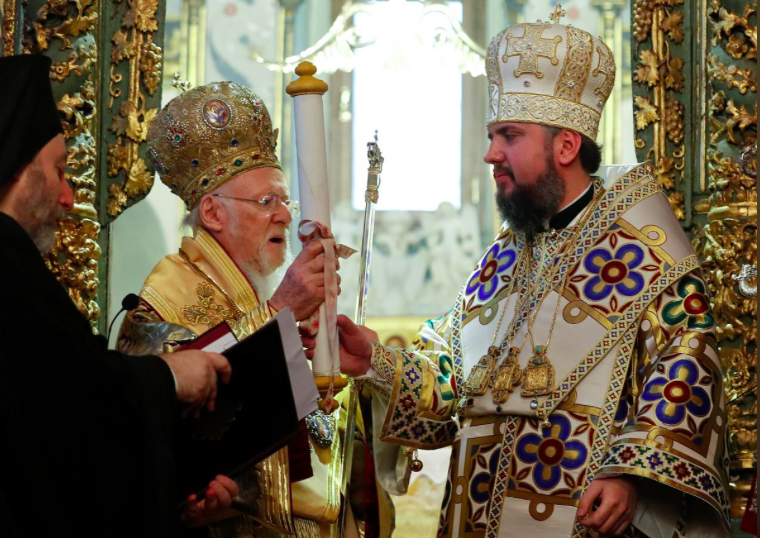 Orthodox Christians celebrate Christmas today, using the Julian calendar, with Russian Orthodox head Patriarch Kirill conducting overnight services in Moscow’s Christ the Savior Cathedral, joined by President Vladimir Putin. The holiday comes this year just days after the spiritual head of Orthodox Christians worldwide made the historic move of formally granting independence to the Ukrainian church, a move welcomed and lobbied for by Ukrainian President Petro Poroshenko, and bitterly opposed by Russia, which has compared it to the Great Schism of 1054 that divided western and eastern Christianity. Popular state pundit Dmitry Kiselyov donned a baseball cap and trainers to rap on television.

As rumours (dismissed by the Foreign Minister) circulate about the possibility that US-British former marine Paul Whelan, currently detained on spying charges, could be swapped for Maria Butina, held in solitary confinement in the US, the UK urged Russia not to use individuals as diplomatic pawns. The Foreign Ministry says that a Russian citizen has been newly arrested by the FBI in a US-held Pacific territory.

The New York Times evaluates last week’s apartment block collapse in Magnitogorsk as part of a broader problem of crumbling, Soviet-era infrastructure, an “even greater danger to the average Russian” than the terrorism that was initially thought to be the cause. This piece examines the history of Putin’s New Year personal and occasionally “whimsical” addresses.

PHOTO: Ecumenical Patriarch Bartholomew I hands Tomos, a decree granting Ukraine church independence, to Metropolitan Epifaniy, head of the Orthodox Church of Ukraine, after the Epiphany mass at the Patriarchal Cathedral of St. George in Istanbul, Turkey January 6, 2019. REUTERS/Murad Sezer