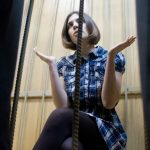 The three imprisoned members of anti-Putin feminist band Pussy Riot have gone on hunger strike, following a court decision that would dramatically reduce the amount of time their defense has to study case materials.  The lawyer for defendant Nadezhda Tolokonnikova told the Moscow Times that the court’s decision was clearly politically motivated.  The police have detained a number of the group’s supporters who staged a protest performance at the Tagansky District Court.  Human Rights Watch has issued a statement urging Russia’s State Duma to reject the proposed amendments to NGO classification which would see foreign-funded groups referred to as foreign ‘agents’.  It has been reported that a travel ban could be imposed on the authors of the bill if opposition activists have their way.  This article suggests that Kremlin Human Rights Council president Mikhail Fedotov may have succeeded in persuading Lyudmila Alexeyeva to remain on the beleaguered committee.  Memorial head Oleg Orlov has been acquitted of defaming the lawyer of Chechen President Ramzan Kadyrov.  Jailed businessman Mikhail Khodorkovsky has apparently given the money he gained in compensation from the ECHR to charity.

St. Petersburg authorities have unexpectedly sanctioned an LGBT march for 1,000 people on July 7.  The Communist party (which does not appreciate comparisons with homosexuals) plans to launch its own TV station.  Russia’s leading anti-drug figurhead Evgeny Roizman has issued a warning to citizens about the dangers of synthetic marijuana or ‘spice’.  There has been a toxic chemical spill at a factory in St. Petersburg, resulting in the poisoning of three people.

‘Russia must understand that the situation in Syria is leading towards a collapse, to terrible and grave violence’: the words of British Foreign Secretary William Hague.  The Kremlin has denied it has discussed the future of Syrian President Bashar al-Assad with Washington.  The decision to make Russian an official language in Ukraine has apparently been met with riots.  The U.S. Ambassador to Russia, Michael McFaul, has strayed into another Twitter row.