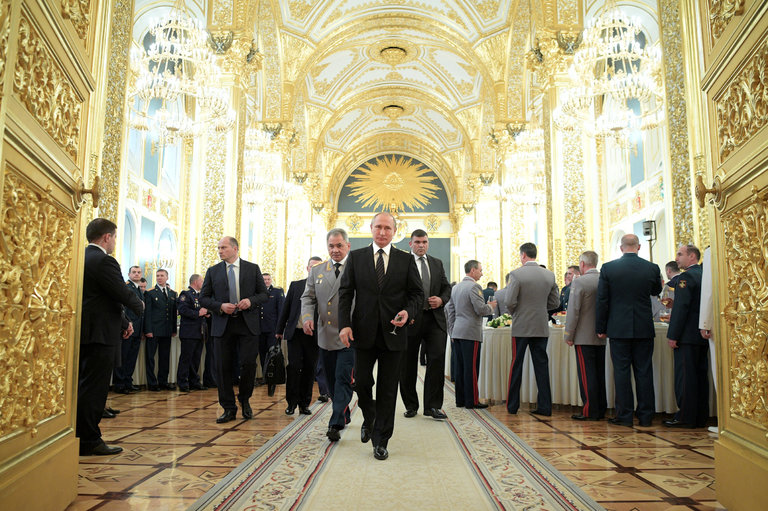 President Vladimir Putin will meet his US counterpart Donald Trump finally today the sidelines of the G20 summit in Germany; the New York Times says no matter what the agenda or the outcome, Putin will come out on top. In advance of the meeting, Trump backed down from condemning Moscow for interfering in the US presidential elections last year, and would not say whether he planned to raise the issue. Speaking ahead of G20 meetings, Putin described Western sanctions against Moscow as a “covert form” of protectionism which go against G20 principles, and called for open trade relations “based on uniform norms and standards”. The Moscow election headquarters of opposition leader Alexei Navalny (who will be released from jail today after being charged with organising unsanctioned rallies last month) was raided by police, who removed campaign materials. Hacker Vladimir Anikeyev (head of the “Humpty Dumpty” or “Shaltai Boltai” group) has been sentenced to two years in prison by the Moscow City Court, after the group was accused to having government servers and email accounts.

The Central Bank says that accelerated inflation is not inevitable this month, despite high levels in June. Energy Minister Alexander Novak says the OPEC-led agreement to cut oil output had softened price volatility enough that no extra measures are currently needed. Gazprom’s “Power of Siberia” gas pipeline connecting Russia and China will start pumping at the end of 2019, to the tune of $55 billion. The Federal Anti-Monopoly Service is preparing to investigate a suspicious increase in domestic diesel wholesale prices. Sistema shares frozen as part of the lawsuit against it by Rosneft will remain frozen. The Kremlin is still insisting that Vladimir Putin isn’t yet thinking of running as a candidate for United Russia in next year’s presidential elections; his current popularity rating allegedly exceeds 81%. The party itself has also seen a rise in approval ratings to 63% this year.

Former world chess champion Garry Kasparov will play in a US tournament next month for the first time since leaving chess in 2015. His former rival Anatoly Karpov was quick to deny that this is a big sensation.

PHOTO: President Vladimir V. Putin of Russia in Moscow last week. He will meet with President Trump on Friday in an encounter expected to overshadow the Group of 20 summit meeting in Hamburg, Germany. (Alexei Druzhinin/Sputnik)