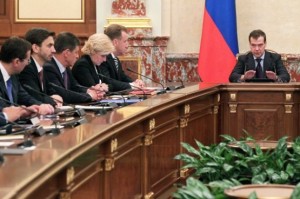 The Russian Foreign Ministry has called the latest massacre in Syria near the town of Hama a ‘vicious and despicable provocation aimed at hampering implementation of the Annan plan’.  Kofi Annan has urged the international community to ‘come together and act as one’ which the Independent describes as a ‘blunt message to Russia’, which continues to oppose intervention.  Moscow is apparently more favorable now to a Yemen-style transition, as long as the Syrian populace back it.  Russia continues to insist that Iran must be invited to a meeting of countries that have influence over Syria’s opposition groups and government despite a hostile reaction from the US.  The Economist considers why Russia’s Syrian strategy is a risky affair.

The EU has expressed concern about the new bill dramatically increasing fines for protest violations.  The Kremlin’s Human Rights Council has argued that the bill violates an article in the constitution guaranteeing freedom of assembly and that the fines are ‘disproportionate’.  Opposition activists inKaliningrad say they wil now have to protest in neighboring Poland.  A new poll by the Levada Center shows that 38% of Russians are against the bill and two thirds think the leader should enter into dialogue with opposition forces.  The Moscow City Court has upheld a district court’s decision to ban gay parades in the capital for the next 100 years.

A US House of Representatives panel has approved a bill which will impost travel restrictions on more than 60 Russian officials implicated in the death of Russian anticorruption lawyer Sergei Magnitsky.  US Ambassador to Russia, Michael McFaul, has said that he believes the measures are not necessary.  US Trade Representative Ron Kirk has announced that one of his top priorities is repealing the Jackson-Vanik amendment.

Natalia Antonova explains here why she opposes the handling of the Pussy Riot case.  Novosibirsk artist Artyom Loskutov  will face court hearings for displaying icon-like posters of the members of the punk band in the city.  Russia has proposed the idea of an extremist blacklist for Internet sites, Ria-Novosti reports.

President Putin has established a new council on ethnic relations in Russia.