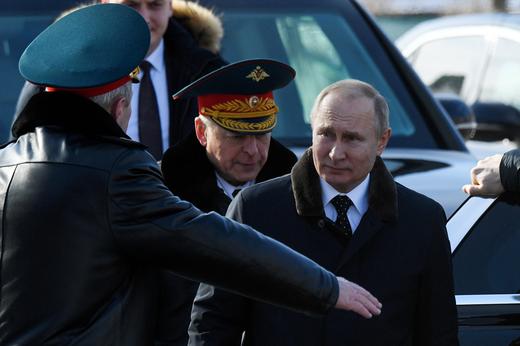 The Moscow offices of Open Russia movement were raided this week after the political organization aired a live feed with its founder Mikhail Khodorkovsky, and detained one participant for disobeying police orders. Former anti-Kremlin activist Maria Baronova and Open Russia employee has taken a position at state media outlet RT. She justifies the move to Meduza. A nephew of state television anchor Dmitry Kiselyov has been given a jail sentence in Germany for threatening state security after admitting that he went to eastern Ukraine to support pro-Russian forces, although it was not definitely proven that he underwent any training. Ukraine’s loss of its Black Sea hydrocarbon deposits to Russia’s annexation compounds its existing energy woes.

Sberbank hit record profits in the last quarter of 2018. Kremlin spokesman Dmitry Peskov says there is no risk to Russia’s banking system from US sanctions. http://tass.com/economy/1046838 The Kremlin dismissed talk of US sanctions that would target President Vladimir Putin’s personal wealth. Economist expectations for annual Russian inflation for this year have dropped slightly, to 4.8%.

Russia’s United Nations Security Council bid for a political solution in Venezuela, backing the Maduro government, has failed with only four votes out of a potential 23. Authorities have filed criminal charges against the owners of companies that were holding captive whales in unsatisfactory conditions in Primorye, after Vladimir Putin personally intervened.

PHOTO: Russian President Vladimir Putin arrives to take part in a wreath-laying ceremony marking the Defender of the Fatherland Day at the Tomb of the Unknown Soldier by the Kremlin wall in central Moscow, Russia February 23, 2019. Kirill Kudryavtsev/Pool via REUTERS