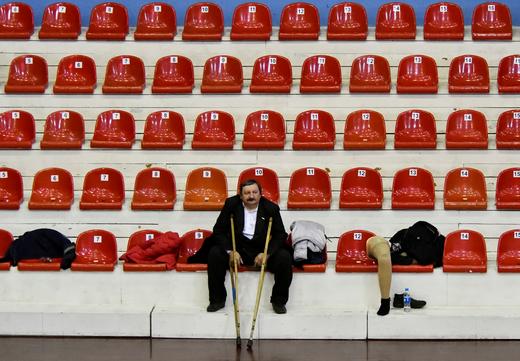 President Vladimir Putin reassured winners of the Leaders of Russia contest that making it onto a Western sanctions list is a “sure sign” of having done a good job. Steelmaker Evraz says that Roman Abramovich’s sale of his company shares has reduced the risks of further sanctions. Putin urged a gathering of Russian prosecutors to improve the business climate by protecting business owners’ rights. Meduza is reporting that the RT television network requires its staff to sign non-disclosure agreements, and says that if they criticise the network either during their employment – or for 20 years after – they can be fined up to $77,000. Rights group Memorial says that Russia is holding almost 200 people as political prisoners; this piece looks at some of the most well-known.

Kazakh President Nursultan Nazarbayev, the last Soviet-era leader, has stepped down from his post after 30 years in power. He discussed the move with Putin, his long-time ally, on the telephone. Federation Council head Valentina Matviyenko described the news as unexpected and very serious. Leonid Bershidsky notes the similarities of the Putin and Nazarbayev regimes, suggesting that Putin could take notes from the latter’s transition. The resignation of two regional governors has sparked rumours of a leadership shake-up.

The Federal Statistics Service will recalculate quarterly income data going back to 2013, which has shown a slump for five consistent years, after criticism that the methodology is out of date. Academic Vladislav Inozemtsev compares the West’s imperial history with Russia’s.