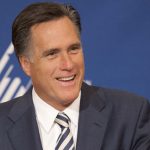 President Medvedev has hit back at US presidential candidate Mitt Romney’s suggestion that Russia is Washington’s greatest enemy, by saying the comment ‘smells of Hollywood’.  The Russian president also recommended that other candidates ‘use common sense in wording their positions, and look at the calendar – now it is the year 2012 rather than mid-1970s.‘  Most Russian deputies are equally unimpressed, Ria-Novosti says.  President Obama claims that the private comments he made to President Medvedev on missile defense are ‘not a matter of hiding the ball’.   This editorial argues that Obama’s promise of a flexible policy with Vladimir Putin spells the end of US pressure ‘for democratic change in Russia’.

The Washington Post explains why tying the repeal of the Jackson Vanik amendment to the introduction of Magnitsky sanctions is a thorny matter.  The sanctions, named after the Hermitage Capital lawyer who died in pretrial detention in 2009, will be discussed by a U.S. Senate committee in April.  The UN Special Rapporteur on Torture, Juan E. Mendez, has published a report which argues that the Russian government must take responsibility for the death of the 37-year-old in prison.  The Wall Street Journal’s Bret Stephens explains why be believes Magnitsky is Russia’s Steve Biko.  Following the death of a detainee after an alleged rape, Russia’s Investigative Committee has pledged to probe accusations of police brutality in the central republic of Tatarstan.

Feminist punk band Pussy Riot have responded to criticisms from the Orthodox Church by lamenting that the institution became ‘a weapon in a dirty election campaign’ which ‘urged the faithful to vote for a man who is as far as can be from God’s truth’.  Professor Dan Healey outlines the origins of homophobia in modern Russia, an increasingly topical issue, in the St Petersburg Times.

Police in the Moscow metro have increased security measures after receiving two bomb threats since Tuesday.