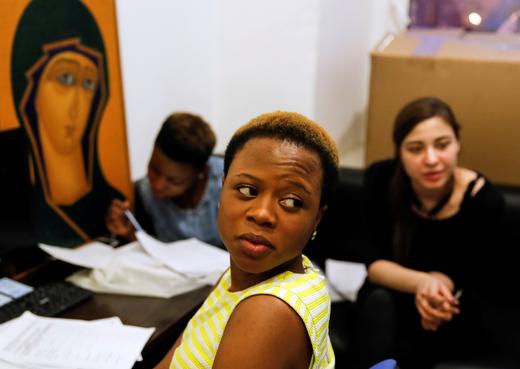 TODAY IN RUSSIA: Putin says Russia thwarted 600 foreign intelligence personnel in 2018, says weapons information must be strongly protected. Medvedev says US will quit the INF treaty. Putin’s claim that terror-related crimes are on the decrease doesn’t match up with published figures. Turkey will not be dissuaded from buying Russian missile systems. Duma to pass law that will make it illegal to post “fake news”. Google sorting out Crimea on its maps. Activist driven out of Russia after one-person picket.

President Vladimir Putin claimed that almost 600 foreign intelligence personnel were thwarted by Russia last year – a narrative that, as the BBC notes, ties in nicely with the Kremlin’s portrayal of Russia as “a besieged fortress threatened by the West”. He called on the FSB to strengthen the protection of information relating to weapons, which is pertinent this week given Russia’s suspension of its participation in the Intermediate Range Nuclear Forces (INF). Speaking at a press conference, Prime Minister Dmitry Medvedev said that the US is intending to terminate, not suspend, its side of the treaty. Separately, Putin claimed that terrorist-related crimes are decreasing, going from almost 1,000 to just 9 in ten years – but Meduza questioned his numbers. “[P]ublished statistics actually contradict Putin’s claims directly.” Turkish President Recep Tayyip Erdogan says that US opposition will not prevent him from purchasing S-400 missile defense systems from Russia.

The State Duma is expected to pass the third and final reading of a bill that will make it illegal for both organizations and individuals to post “fake news”, after its second reading passed 327 to 42 yesterday. A separate new law will jail people for disrespecting the government or Kremlin officials online. Prosecutors are investigating several Dutch banks alleged to be part of the Troika Laundromat, but the authorities would be better off going after those trying to launder the money in the first place, says Leonid Bershidsky. Google has responded to official complaints that its Maps had been marking the Crimean Peninsula as Ukrainian territory for some Russian users. The company says it complies with local laws on borders, whilst attempting “to show disputed regions objectively”.

After staging a one-person, anti-Kremlin picket in Samara, former resident Aleksandr Mulyukin was harassed and intimidated to the extent that he decided to flee Russia. The head of a parliamentary committee on family and children made a number of homophobic statements on television this week. The Kremlin’s latest infrastructure plan will leave huge areas of the country behind.