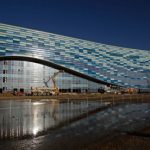 The Moscow Times reports that the Investigative Committee has opened a criminal case against a police officer who has been caught on camera kicking a reportedly pregnant female protester at the March of a Million.  Ria-Novosti reports that the officer has been charged.   Apparently as many as 1500 protestors are continuing their marathon protest in Moscow, whilst City Hall has issued a ‘vague’ warning that it will clamp down on protests.  Activists are seeking less overt protest methods, RFE/RL reports, as it seems you might be more likely to be detained for wearing a white ribbon in the streets of Moscow than carrying a weapon.  It has been reported that anti-corruption blogger Alexei Navalny, who is being questioned by police, could face criminal charges for inciting a riot and harming a law enforcement authority during the May 6 protest, which, if he is found guilty, could send him to jail for three or five years respectively.

The Representative on Freedom of the Media from the OSCE has voiced concern over the ‘indiscriminate detention’ of reporters covering the Moscow protests and the recent cyber attacks on media websites.  Yelena Vlasenko of RFE/RL’s Russian Service riles an acerbic Vladimir Platonov, speaker of the Moscow City Duma, in an interview in which she argues that peaceful opposition activists are being harassed by law enforcement.  A United Russia party office has been vandalized in Kirov, allegedly by opposition group Autonomous Action.  Prime Minister Medvedev has urged the opposition to respect the law whilst making their point.

The New York Times draws together analyst responses to Putin’s decision to skip the G8 summit.  ‘I think the signal he wants to send to America … is that agreements with America will be built on a balance of the strategic interests of America and Russia’ says expert Dmitry Trenin, quoted by Reuters.  The sign of a tougher foreign policy? wonders Bloomberg.

Russian authorities have told the press that security agencies have foiled a plot by Islamic militants to attack the Sochi 2014 Winter Olympics, after FSB agents found a large weapons cache in Abkhazia during a raid last week.  Discovering what caused the tragic crash of the Sukhoi Superjet 100 in Indonesia may take up to 15 months.