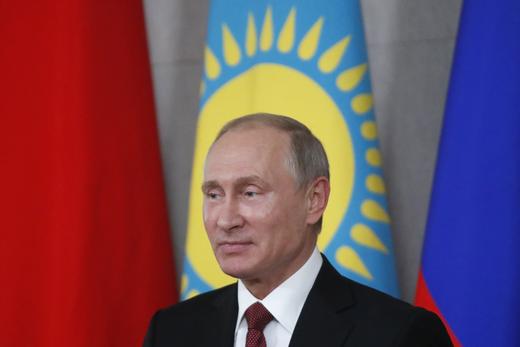 Speaking at a youth festival this weekend, President Vladimir Putin shared his “maybe utopia[n]” vision of an international community of partners, rather than rivals, acknowledging that he did not know how such a thing would actually be possible. He delivered a similar message at the opening Inter-Parliamentary Union assembly, where he spoke about the need to pioneer peaceful solutions in international relations and reduce conflicts. He also spoke up in defence of international legislation, and slammed personal sanctions, which he says restricts lawmakers’ ability to have direct contact. State Duma speaker Vyacheslav Volodin says Moscow will reject the European Court of Human Rights’ judgments if Russia is not allowed to participate in the selection of judges; Duma head Valentina Matviyenko said anyone chosen without Russia’s agreement would not be legitimate. Russia says US President Donald Trump’s “aggressive and threatening rhetoric” over Iran’s nuclear program is “inadmissible”.

State television is airing programs about state officials performing team-building exercises, portraying the Kremlin as “grooming a new generation of leaders for top posts across the country”; some say this PR effort, which coincides with the reappointment of 11 regional governors, is an attempt to give an “illusion of renewal” ahead of Vladimir Putin starting a fourth presidential term next year. Finance Minister Anton Siluanov says Russia’s budgets are accounting for oil at $40 a barrel for the next three years (“a fairly considered and conservative price”). Russia and Venezuela are working on restructuring the latter’s debt. Construction workers at the Vostochny Cosmodrome are on hunger strike for the third year in a row over unpaid wages.

Russia is questioning the validity of the United Nations’ inquiry into the origins of a toxic gas attack in Syria earlier this year. Russian director Andrei Zvyagintsev won the best picture prize at the London Film Festival for the second time, with his drama Loveless. Pro-Russian candidate Sooronbai Jeenbekov has won Kyrgyzstan’s presidential elections.

PHOTO: Russia’s President Vladimir Putin addresses the media after sessions of the Council of Heads of the Commonwealth of Independent States (CIS) and the Supreme Eurasian Economic Council in Sochi, Russia October 11, 2017. REUTERS/Maxim Shemetov