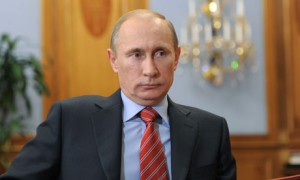 Commentators have remarked that Vladimir Putin has been somewhat taciturn since the elections.  Today he will break the silence with his annual televised public Q+A session.   ‘The programme, which usually lasts for hours and is a forum for Putin to promote his cult of personality, comes as the prime minister faces an unprecedented challenge to his 12-year domination of Russian politics’ says the Guardian.   The newspaper is running a live blog covering the event.  Parliamentary speaker and United Russia veteran Boris Gryzlov has resigned after eight years in the role, in a move widely seen to be an attempt to quell public anger over the election results which many maintain were falsified.  ‘[U]nder Gryzlov the Duma had deteriorated into an appendix of the presidential administration’ says the Moscow Times.  RFE/RL’s Brian Whitmore considers, with some surprise, the suggestion, raised yesterday, that Medvedev might resign.

Critics of the Kremlin have vowed that they will continue to mount street protests against the Putin regime.  Opposition leaders have apparently secured permission to hold a rally of up to 50,000, twice the size of last weekend’s (which was to date the largest anti-Putin rally ever held) on December 24.  With a ‘glaring lack of unity and charisma’, to use the words of the Washington Post, how will Russia’s opposition manage to mount a coherent campaign?  ‘Russia does not need more upheavals or revolutions. It needs long years of uninterrupted development. It was to ensure Russia’s right to that peaceful and fruitful development that tens of thousands of people rallied on Moscow’s Bolotnaya Ploshchad last Saturday’, says Konstantin Sonin.  More than 100 journalists at the Kommersant publishing house have signed an open letter protesting the dismissal of two senior executives over the publication of material which mocked  Prime Minister Vladimir Putin.  ‘We are being compelled to be cowards, which is unworthy and unproductive‘ the internet letter said.  Reuters examines some of the tricks the Russian media has employed to distort news coverage: ‘Instead of reporting the news itself, they reported on the foreigners reporting the news’.

A Russian humanitarian convoy remains blocked on the border between Central Serbia and Kosovo as tensions between Serbs and Albanian Kosovans mount.  South Ossetia’s chief opposition leader, former candidate for presidency Alla Dzhioyeva, has appealed to the Russian government to intervene in the political impasse which has emerged in the breakaway territory since disputed presidential elections.  A fire has broken out aboard an atomic-powered icebreaker in Siberian waters, killing two crewmen.  The authorities maintain that no radiation leak has been caused.