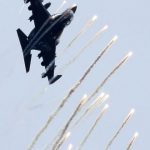 ‘If a multiethnic society is infected by nationalism, it loses its strength and durability’: Vladimir Putin has decried the nationalist impulse in a Nezavisimaya Gazeta editorial, a translation of which can be read here, courtesy of the Huffington Post.  In the meantime, somewhat paradoxically, he also suggested that migration laws be tightened.  Putin has pledged that ‘rotation’ of politicians will be a priority if he wins the elections.  Brian Whitmore wonders if the Prime Minister risks being outmaneuvered.  Fellow presidential candidate Mikhail Prokhorov has said that should Yabloko’s Grigory Yavlinsky be expelled from the election campaign, it will severely undermine the credibility of the elections.  The final report of the Council of Europe’s Parliamentary Assembly on the democratic process in Russia concludes that free elections will only be achieved by ‘decisive political will to do so’.

The Moscow Times reports that a 15-year-old boy caught stealing a woman’s purse has died following a brutal beating by a St. Petersburg police officer.  A gravely-ill prison inmate in Siberia has died after doctors refused to hospitalize him.  The former employers of Sergei Magnitsky, Hermitage Capital Management, say that investigators into the lawyer’s untimely death have refused to countenance a report made by the presidential human rights and civil society development council.  President Medvedev demonstrates his commitment to human rights.  Police in the Siberian city of Irkutsk have simulated the dispersal of an unsanctioned rally, complete with fake detentions.  Ria-Novosti reports that a nationalist rally promoting sports in Sovetsk has been interrupted by police who mistook it for a gay pride parade.  The governors of the regions of Murmansk and Tomsk, where United Russia failed to wow in December’s parliamentary elections, are expected to be dismissed before the presidential race in March.

Despite international censure for its support of the Al-Assad regime, Russia has apparently signed a deal to sell nearly 40 fighter jet trainers, which can attack ground targets, to Syria for over half a billion dollars.  If these reports are accurate, ‘it would be quite concerning’ says a US State Department spokesman, according to Bloomberg.  It has also been reported, however, that a top Kremlin aide has stated that Moscow can do no more for the repressive regime.  A baptism of fire for new US Ambassador McFaul?