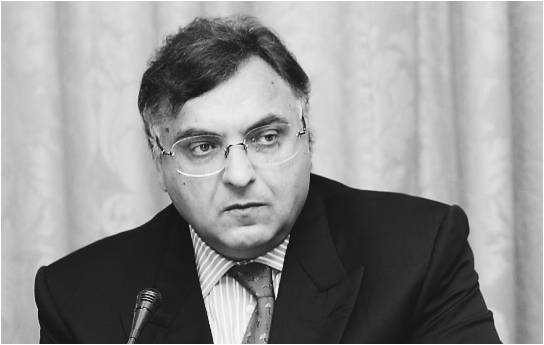 The following press release was distributed to media on January 25, 2016.

BUCHAREST, 25 January 2017 – A German businessman jailed in Romania on politically motivated charges has passed away following severe medical mistreatment by the authorities.

Dan Adamescu, an insurance magnate who was sentenced to four years on trumped up charges, fell into septic shock on Christmas Day and did not respond to treatment. The Romanian authorities repeatedly and consistently violated his basic human rights, denying him access to proper medical care despite a documented pre-existing condition. Adamescu’s family is devastated for their loss, compounded by the fact that they were denied full visitation to Mr Adamescu before his death.

“Let us be absolutely clear: the Romanian officials responsible for the murder of Dan Adamescu will be held accountable under the Global Magnitsky Human Rights Accountability Act,” said Robert Amsterdam, a lawyer representing Alexander Adamescu, the son of Dan Adamescu. “The horrific and intentional mistreatment of Dan Adamescu, which has lead to his death represented a grave violation of his human rights and is aimed at controlling his newspaper and expropriating his businesses.”

Amsterdam notes that this is the second person to have lost their life in this case. A key witness for the state, lawyer George Dumitru, committed suicide in suspicious circumstances just hours after his interrogation by prosecutors.

The Global Magnitsky Human Rights Accountability Act, passed into law by the U.S. Congress on December 8, 2016 and named after the Russian political prisoner Sergei Magnitsky who was also murdered in jail by intentional medical mistreatment, allows for the imposition of targeted individual sanctions against “foreign persons responsible for gross violations of internationally recognized human rights.”

The controversial arrest and trial of Dan Adamescu by members of Romania’s National Anticorruption Directorate (DNA) has been widely criticized by groups such as Fair Trials International, which found that the prosecution “failed to respect the presumption of innocence,” among other serious problems. When Adamescu’s family initiated arbitration proceedings against the Romanian government for the theft and destruction of his company, the DNA expanded its persecution by issuing an arrest warrant in London for his son, Alexander Adamescu, despite a total absence of evidence of any involvement in the case.

“The family had demanded immediate access to Dan Adamescu and for improvement of medical care made available to him,” said Amsterdam. “It’s now too late and his grieving family will be forced to mourn in exile. This outrageous and criminal conduct by the Romanian authorities must be universally condemned in the strongest terms.”

Amsterdam & Partners LLP is an international law firm with offices in London and Washington DC. More information about this case can be found on robertamsterdam.com.